Games between these two sides are often entertaining. Who will run out winner this time? Find out with our Heerenveen vs Utrecht match preview with free tips, predictions and odds mentioned along the way.

Heerenveen vs Utrecht: Our top predictions

Utrecht to keep up strong away form

Utrecht are on a phenomenally impressive run of away form with six wins and a draw – against Ajax – from their last seven. Heerenveen by contrast can't find any type of consistency. Their record over their last 10 home matches reads as won three, drawn three, lost four. With a 2-0 loss last time out against Zwolle and the playoffs looking unlikely it's hugely likely the Heerenveen players will be on the beach. Utrecht won't. They're more than likely going to finish sixth and will want to take their good form into the playoff games.

Both sides to find the net

Where Utrecht are concerned their results of late would suggest both teams scoring is nailed on; it's an outcome each of their last five games has seen. With Heerenveen, their recent form in the BTTS market is less convincing at five out of 10 matches; it's still not an atrocious stat. What really convinces us of this prediction is the head to head record; the last 11 meetings between the pair have all served up goals on both sides. Now that is a stat.

Utrecht to score a few?

We have already made the prediction that both teams will be amongst the goals in this game; in the last of our tips we predict that Utrecht will score at least two goals. The logic for this is pretty solid too. In their last six away games they have scored a minimum of two goals in four of them. The real value comes when you look at the Heerenveen defence because they've shipped goals at a similar rate. Six of their last 10 games has seen them concede at least two including their last two matches.

Heerenveen vs Utrecht: Head to head info and other stats

A great game for neutrals

In many ways this Heerenveen vs Utrecht match is a nothing game with neither side likely to gain much regardless of the result. Don't be fooled though because both will still be desperate for the points; Heerenveen will keep the fading light burning albeit only just whilst Utrecht need momentum. 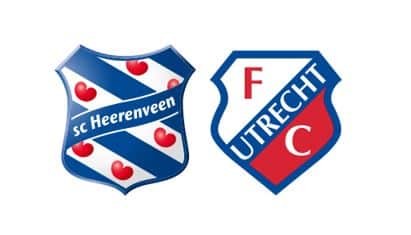