Valencia meet Getafe at the Estadio de Mestalla in Spain’s La Liga on Sunday September 4th. Two teams in poor form lock horns this weekend. Read our free predictions and find the latest odds for the fixture below in our detailed match preview.

Can Gennaro Gattuso’s Valencia bounce back from successive defeats with a win at home to fellow strugglers Getafe on Sunday? Read our top predictions for this weekend’s fixture below.

Valencia lost for the second game on the spin when they were beaten 1-0 by Atletico Madrid on Monday, though Los Che enjoyed 70% of the ball in their defeat and they matched their conquerors for attempts on goal. They would have extracted some confidence from that performance against one of La Liga’s big hitters and they could put that new self-belief to good use against winless Getafe on Sunday. The visitors have already lost twice in three games and bettors are advised to oppose them again this weekend.

Both Valencia and Getafe have had similar problems in the final third so far this season, netting just once in three assignments each since the summer. Neither frontline is sprinkled with much stardust and a chess-like battle could ensue on Sunday as a result. Last term, the net rattled just once across two La Liga encounters between the clubs and another low-scoring skirmish could be in the works here. With that in mind, back under 2.5 goals to land for the third meeting in a row between the sides.

Top Betting Odds and Stats for Valencia vs Getafe

View our list of the best stats for Sunday’s fixture below alongside a tool to help you choose the meatiest odds.

Read all of the latest injury updates and team news for Sunday’s La Liga showdown between Valencia and Getafe below.

Valencia have close to a clean bill of health for Sunday's game with forward Hugo Duro listed as their only absentee at present. Los Che lost 1-0 to Atletico Madrid on Monday, though there were plenty of positives to take from a competitive display.

Defender Damian Suarez is out of action for Getafe, as is midfielder Luis Milla, who has a hamstring complaint. Getafe stopped the rot in their last match when they battled their way to a respectable 0-0 draw at home to Villarreal. 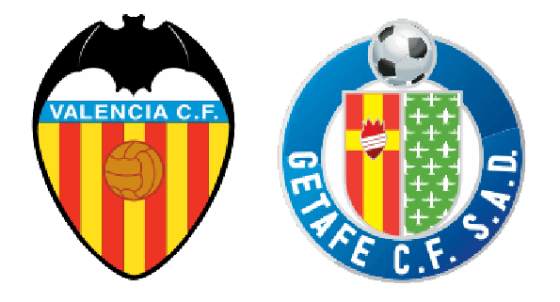 We recommend checking out the odds at Stake for Valencia vs Getafe on Sunday.

Carlo Ancelotti’s Real Madrid are the current champions of Spain.