The Getafe vs Real Sociedad could be very interesting considering the situations in which the two teams are at the moment, so check our preview of the game for some free betting predictions and tips.

Our best Getafe vs Real Sociedad betting tips and picks

You can check all La Liga betting predictions right here, including our tips for the Getafe vs Real Sociedad duel:

The team from San Sebastian has been fantastic this season and they are currently sitting in the second place in La Liga, despite dealing with many injuries along the way. Meanwhile, Getafe is still waiting for their first points in the league after seven matches, so our prediction for this match is for Real Sociedad to win.

Mikel Oyarzabal to Score at Any Time

Since Real Sociedad had to play without some of their primary attacking options, Mikel Oyarzabal had to take on bigger responsibility in the team's offence. And he has done so in a great manner, scoring five goals in the first seven La Liga matches. With Sociedad still missing more than a few players, we expect the team's vice-captain to step up once again and find the net at least once.

Top odds, stats, and more for Getafe vs Real Sociedad

If you are looking for the top odds for Getafe vs Real Sociedad, check our selection of odds from premier betting sites in the UK:

Getafe vs Real Sociedad preview: Can Getafe find a way to win a game?

The loss to Real Betis in the last round made Getafe only the third team in post-wary La Liga history to lose their first seven games at the start of the season and losing to Real Sociedad would make them the first team since 1952 to lose the first eight games. So, it's safe to say that things are not great at Getafe. On the bright side, Arambarri and Jankto are the only two players on the team's injury list.

After the loss in the first round to Barcelona, Real Sociedad didn't lose another game this season, in all competitions, all the while battling major injury problems. In La Liga, the team from San Sebastian has five wins, one draw, and one loss, which puts them in the second place in the standings. In Europa League, Real Sociedad has two draws. And their injury list is so extensive that we can't list all the players here, but it includes David Silva, Sorloth, Monreal, and others.

The most common questions for Getafe vs Real Sociedad 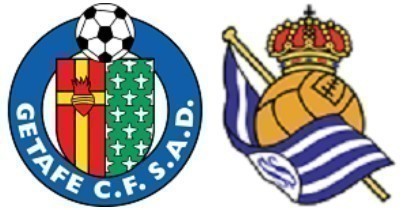