Both Genoa and Verona are languishing in the bottom half of the Serie A table but their recent results and performances suggest that we should be in for a really entertaining 90-minutes of football that promises goals.

Genoa vs Verona: Our Top Tips

Here are our predictions for Genoa vs Verona

Both teams scored when these two sides last met back in February and three of the pair's last five encounters have produced goals at both ends of the pitch. Both teams have also scored in each of Genoa's and four of Verona's last five competitive and non-competitive fixtures, so you can see just why we're backing BTTS on Saturday night.

Over 2.5 goals have been scored in four of the last five meetings between Genoa and Verona, including their last head-to-head which ended in a 2-2 draw. At least three goals have also been produced in each of Genoa's and five of Verona's last six outings in all competitions, so there is a great chance we will be treated to another goal-fest this weekend.

As for a final scoreline, we're backing this game to end in a 2-2 draw. Neither side have been able to make winning a habit in the early stages of the new season and their last meeting also ended in a 2-2 draw. Both teams drew their last league games 2-2 and have been involved in lots of games that have ended with both teams scoring and over 2.5 goals being produced.

All you need to know ahead of Genoa vs Verona

Genoa twice came from behind to rescue a point last time out against Bologna. Scottish full-back Hickey put the home side in front early in the second half but Genoa were level in the 55th0miute through Destro. An 85th-minute penalty from Arnautovic looked to have sealed all 3pts for the home side but Genoa were awarded a spot-kick of their own in the 89th-minute, which Criscito cooly converted to earn the visitors a share of the spoils.

Verona will have been very disappointed not to have taken all 3pots from their trip to Salernitana after the visitors went two goals up inside the opening half-hour. Kalinic made it 1-0 with just 7-minutes on the clock and then doubled his and his team's tally just before the 30-minute mark. Condo pulled a goal back for the hosts in first-half stoppage time and Coulibaly equalised in the 76th-minute and earned Salernitana a point.

Genoa: Felipe Caicedo and Francesco Cassata are the chief injury concerns for the home side this weekend.

Verona: Frabotta, Veloso, Sutalo and Ruegg could all miss the trip to Genova through injury. 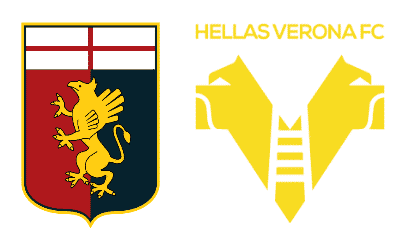