Genoa need a win this weekend when they take on Torino in Serie A. The home side remain in the relegation places and have played more games than the two teams placed above and below them, so dropping points really isn't an option on Friday.

Torino have won six of their last seven encounters with Genoa in all competitions, and we're backing the visitors to secure all 3pts on Friday just as they did in the pair's reverse league fixture back in October. Genoa haven't won any of their last 13 matches in league and cup and while Torino are going through a winless run of their own, we still expect the visitors to do just enough to win on Friday.

Four of the last seven meetings between these two clubs have produced under 2.5 goals and we're predicting another low-scoring affair between the pair on Friday. Fewer than three goals have been scored in each of Genoa's last six league games, four of which they have failed to score in, while four of Torino's last six outings have also produced under 2.5 goals but the visitors have only failed to score in two of those games.

All you need to know ahead of Genoa vs Torino

Can Genoa secure a crucial 3pts at home this weekend?

Genoa put in another decent defensive display when they made the trip to Atalanta last weekend but it wasn't enough to secure the win they really needed. Neither team could find a breakthrough during the 90-minutes and Genoa certainly left the game feeling the happier of the two sides with the result. However, Venezia sit 3pts clear of Genoa in the table and Cagliari, the closest club in safety, are 6pts ahead, so there is plenty of work for Genoa to do.

Torino faced a really tough home game against the Serie A champions Inter Milan last Sunday. Bremer gave Torino the lead in the 12th-minute and the hosts lead 1-0 at the interval. As the time ticked away in the second half, Torino began to believe they might just win the game. However, deep into stoppage-time, Sanchez equalised for the visitors and Torino had to settle for a point.

Genoa: Amiri, Ekuban, Cambiaso, Vanheusden, Piccoli and Criscito could all miss out this weekend due to injury.

Torino: Djidji, Milinković-Savić, Praet and Fares are the main injury concerns for the visitors.

Genoa vs Torino: Your Questions 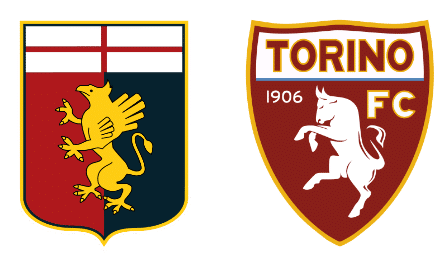