Roma have a good recent record against their Serie A hosts Genoa and will be looking to get back to winning ways after losing their last game before the international break. A defeat for Genoa could see them slip back into the bottom three this weekend.

Here are our predictions for Genoa vs Roma.

Roma have outplayed Genoa in all departments this season and have won four of the pair's last six meetings in Serie A. The hosts are without a win in their last six matches, drawing four times and losing twice and Roma haven't fared much better but do enjoy playing against Genoa.

At least three goals have been scored in four of the last six league meetings between Genoa and Roma, including Roma's 3-1 win at this stadium last season. Three of Genoa's last five fixtures have also witnessed at least three goals scored, while five of Roma's last six matches in all competitions have produced over 2.5 goals.

There is a good chance that we will see goals going in at both ends of the pitch on Sunday as that has been the case in five of the last six head-to-heads between the two clubs. Both teams have also scored in four of Genoa's last five matches and in five of Roma's last six outings, so you can see just why we don't believe there will be any clean sheets when the full-time whistle blows.

All you need to know about Genoa vs Roma

Genoa would have been expecting a tricky game away at Empoli last time out and that is just what they got. A penalty in the 13th-minute put Genoa 1-0 in this game but Empoli scored twice in the space of nine second-half minutes to move 2-1 in front. Late on Bianchi equalised for the visitors and rescued Genoa a share of the spoils. That point keeps Genoa out of the relegation places as things stand but a defeat this weekend could see them slip back down into the bottom three.

Roma were the favourites for the 3pts when they made the trip to Venezia before the international break. However, an early goal from the home side shaped the course of this game. Roma responded well to going behind and scored two late first-half goals to make it 2-1 in their favour, but in the second forty-five Venezia scored twice and secured a 3-2 win, much to the disappointment of Mourinho and his players.

Genoa: Caicedo, Criscito, Sirigu, Destro, Fares, Bani, Hernani, Maksimovic and Vanheusden are all injury concerns for the home side.

Roma: the visitors could be without the services of Kumbulla, Calafiori, Pellegrini, Viña and Smalling this weekend. 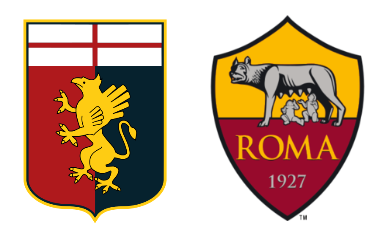