Napoli can't win the Serie A this season but there is an outside chance that they could finish as runners-up, but a win on Sunday 15th May will secure 3rd place in the table, that is for sure. Relegation battling Genoa provide the opposition in Naples where a win could take the struggling club out of the bottom three.

Nigeria's Victor Osimhen top scores for Napoli in the league this season with 13-goals, and we're backing the striker to find the back of the net against Genoa on Sunday. The 23-year-old has scored 6-goals in his last 10 appearances for club and country, netting one of Napoli's 6-goals against Sassuolo in their last home game.

Napoli vs Genoa – Stats and Odds

Napoli made the trip to Torino last weekend where a solitary second-half strike from Ruiz proved enough for the visitors to secure all 3pts. That win took Napoli onto 73pts for the campaign, taking them to within 5pts of Inter Milan and 4pts ahead of Juventus. As little as a draw would probably be good enough for Napoli to secure third spot this season but the hosts will want to go out in style in their final home game.

Genoa and Juve went in level at the break goalless but once the visitors took the lead early in the second half through Dybala, the Genoa fans must have feared the worst. However, not only did the hosts equalise 3-minutes from time through Guomundsson, they went on to secure all 3pts thanks to a penalty from Criscito deep into stoppage-time. Genoa really needed that win but still sit second from bottom of the table but are only 2pts off safety.

Napoli: the hosts have no fresh injury concerns or suspended players ahead of the game against Genoa.

Genoa: Roberto Piccoli and Zinho Vanheusden are both rated as doubtful to feature this weekend.

Your Questions for Napoli vs Genoa 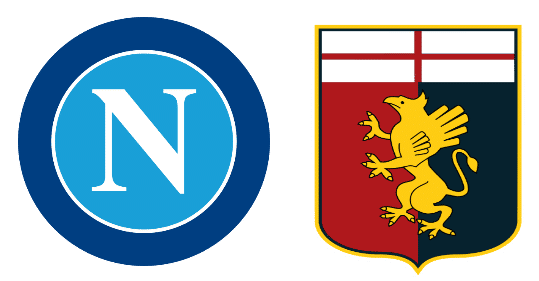