Genoa could really do with a win this weekend if they want to remain in Serie A for another season but face a tricky home game against European hopefuls, Lazio. The visitors could move up one place above their local rivals Roma if they secure all 3pts at the Stadio Comunale Luigi Ferraris this Sunday.

We're backing Lazio to win this weekend just as they have done in five of their last seven encounters with Genoa. The hosts are without a win in their last six matches, the last two of which have ended in defeat, while Lazio have won three of their last four outings and have the much better squad on paper.

There is a good chance that we will be treated to goals in this game as six of the last seven meetings between these two clubs have produced over 2.5 goals. Genoa don't often score or concede many goals but Lazio have seen five of their last six matches produced at least three goals and we're backing Immobile and co to give the Genoa defence the runaround over the 90-minutes.

Key Stats & Markets ahead of Genoa vs Lazio

Lazio looking to put pressure on Roma with a win

Genoa made the trip to Verona last time out looking to end their winless run. However, an early goal from Verona's top scorer Simeone proved enough for the home side to secure all 3pts against a lacklustre Genoa. As things stand, Genoa are second from bottom in Serie A, 3pts off safety, but a win this weekend could give them the morale boost needed to finish the season strongly.

Lazio would have been expecting a tough 90-minutes at home to Sassuolo last weekend but were still the favourites to secure all 3pts. The hosts took the lead in the 17th-minute through Lazzari and early in the second half, Milinković-Savić made it 2-0 after good work from Alberto. Sassuolo did manage to pull a goal back deep into stoppage-time but the hosts held firm and won the game 2-1.

Genoa: Andrea Cambiaso and Zinho Vanheusden are the two main injury concerns for the hosts this weekend.

Lazio: Luiz Felipe will have to pass a late fitness test before making the trip to Genoa with the rest of his teammates. 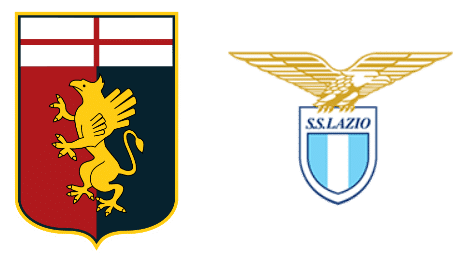