A win for AC Milan couple with a defeat for Napoli would see Ibrahimovic and co go level on points with the Serie A leaders this week. The hosts, Genoa, are having a tough season and look set for a battle against relegation as they have only managed to secure 10pts from their opening 14-matches.

We're not expecting this game to produce a lot of goals because four of Genoa's last six matches have witnessed under 2.5 goals scored, while three of AC Milan's last five outings also produced fewer than three goals. Genoa have failed to score in their last two home games and go up against a strong AC Milan side on Wednesday.

Ibrahimovic was injured at the start of the season but now the veteran Swedish forward is up and running for the season, we expect him to score against Genoa. Ibrahimovic has scored 5-goals in Serie A this season and top scores for AC Milan. Giroud is likely to miss this game through injury and Ibrahimovic will need to lead by example against Genoa in his absence.

AC Milan expected to secure all 3pts on the road

Genoa failed to score for their third time in four matches when they made the trip to Genoa at the weekend. At least the visitors managed to secure a point from the game though which takes them onto double figures for the campaign.

AC Milan started the game at home to Sassuolo well, opening the scoring in the 21st-minute through Romagnoli, but it proved to be a false dawn. Sassuolo turned this game on its head and lead 2-1 at the interval and in the second half, a goal from Berardi sealed all 3pts for the visitors. AC Milan will be looking to bounce back from defeat on Wednesday night against a Genoa side that have been struggling to score goals of late.

Genoa: Caicedo, Criscito, Destro, Fares and Maksimovic could miss this game through injury.

AC Milan: Giroud, Rebic, Calabria, Castillejo and Plizzari are the main injury concerns for the visitors this week.

Your Questions: Genoa vs AC Milan 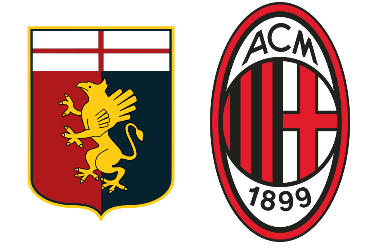