Two teams that impressed at the start of the new season will meet on Tuesday, August 30th. If you want to learn more about the Fulham vs Brighton duel, check our preview of this game.

Our Free Betting Tips and Picks for Fulham vs Brighton

If you are looking for reliable Premier League betting predictions, check them all out right here on our website.

Although Brighton is doing great in defence at the start of this season, we can see both teams scoring in this game. Yes, that happened in just one of the four Brighton games so far, but it also happened in three of four Fulham games.

In addition to this, both teams scored in three of the last five head-to-head duels between Fulham and Brighton, so we can see that being the case on Tuesday as well.

Aleksandar Mitrovic to Score at Any Time

After shattering the previous Championship record last season by scoring 43 goals in 44 games, Aleksandar Mitrovic proved once again that he is one of the best strikers in Fulham's history.

And while many doubted his ability to be as lethal in Premier League, Mitrovic started the season by scoring four goals in four matches. Clearly, he has no problem to be as effective in this league, so we suggest betting on him to score against Brighton as well, while he is hot.

The Best Odds and Stats for Fulham vs Brighton

If you are trying to find the highest odds for Fulham vs Brighton, here are some of our top choices for this game:

With both teams doing well at the moment, we expect an exciting game. So, here's a closer look at both teams now:

After they cruised through the Championship last season, Fulham fans were confident that their team can do well in Premier League too. And Fulham proved this in the first four rounds by collecting five points, including a draw against Liverpool. Fulham was also close to avoid a loss in the last round against Arsenal, but they conceded a goal late in the game for their first defeat this season.

Meanwhile, Manor Solomon and Harry Wilson are currently out of the squad through injuries.

Many saw Brighton's last season, which they finished in the ninth place in the Premier League, as a fluke and expected the team to falter at the start of the new season. However, Brighton once again surprised everyone by winning three of their first four games, along with a draw against Newcastle. So, Brighton is currently third in the standings, which is pretty impressive, even if only four rounds are gone.

The team is currently dealing with a few injuries, including Adam Lallana, Jeremy Sarmiento, and Jakub Moder.

The Usual Questions for Fulham vs Brighton 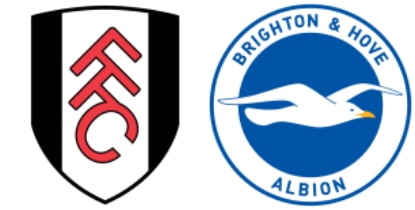