Top free betting tips and odds for Freiburg vs Wolfsburg

After playing two consecutive away games, Freiburg returns to their home to host Wolfsburg for their next Bundesliga engagement. The Wolves come into this game after a home victory.

Wolfsburg are unbeaten in the last two away meetings but the Wolves held an awful streak of consecutive five away outings before that. On the other hand, Freiburg are unbeaten in the last five home duels, winning three of them. In the H2Hs, Breisgau-Brasilianer lost only one game in the previous seven outings against the Wolves, winning three of them. Though Wolfsburg has started to give out some fair results recently, we take the hosts as favourites for the lead due to their home advantage.

Both teams restricted one another from scoring once in the last four H2Hs but following their recent scoring drifts, we expect a BTTS output for this match. Both Freiburg and Wolfsburg scored in all of their recent five outings. adding more, Breisgau-Brasiliane will be optimistic over their home advantage, having the consistency of scoring in consecutive six home games. While the Wolves have also recovered by scoring in the last two away games in a row.

Freiburg vs Wolfsburg: Check out the best odds and the latest stats

Freiburg vs Wolfsburg: Check out the team lineups

The Breisgau-Brasilianer lost the lead of 0-1 in the last minutes of the game and were clipped to a 1-1 draw in the last match against RB Leipzig. After losing the chance to make an improvement in the table, Freiburg are sixth, equal points to Leipzig in fifth place. Yannic Keitel will not be available for the selection due to a fractured toe.

The Wolves were awarded an own-goal in the last game that helped the team to collect three points against Union Berlin. Wolfsburg registered three victories in the last five league outings and have made their place at the twelfth position. William and Paulo Otavio will not be considered for the match due to knee injuries.

Questions About Freiburg vs Wolfsburg 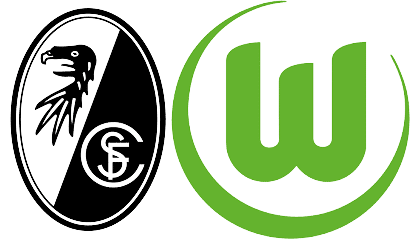 Where is the game being televised? Sky Bundesliga, and Viaplay.