SC Freiburg returns their attention to the Bundesliga in a positive mood. It spells trouble for their rivals Stuttgart, who are winless in four outings.

Christian Streich's men were dismantled by Borussia Dortmund and the result would have been welcomed by Stuttgart fans. However, Freiburg earned an impressive 1-4 win over Hoffenheim to turn their mood around and will be gunning for their NRW rivals' heads. The Swabians have been poor on the road and have only won once in their last nine Bundesliga trips. Freiburg's own form has been poor but they should be able to capitalize on their rival's misgivings at the SC Stadion.

Two of the last four duels between Freiburg and Stuttgart have only seen one side get on the scoreboard. It was the Swabians who won on those occasions but with Freiburg winning the other two meetings, the score is even between them in this period. We are backing the Vultures to continue this trend and their defence will play a big role in this. Stuttgart have found it difficult to score of late and failed to trouble the scorers in their last four Bundesliga outings. With Freiburg boasting off the second-best defence in the league behind Bayern Munich, a win to nill should be on the cards.

Freiburg vs Stuttgart: Check out the best odds and the latest stats

Freiburg vs Stuttgart: Check out the team lineups

After struggling last weekend, Freiburg gave an emphatic response in midweek. TSG 1899 Hoffenheim had no answer to their brilliance as they dramatically folded at home. The 1-4 victory earned would have boosted the morale of Christian Streich's men who had found the going tough of late. They will surely be eagerly awaiting Stuttgart's arrival to put their Bundesliga campaign back on track to earn an unlikely Champions League placement.

Pellegrino Matarazzo still enjoys the confidence of Stuttgart's hierarchy but it remains a question of until when. The Swabians have been a shadow of their former selves and have struggled for the duration of the current campaign. After starting the season brightly with a 5-1 win, their flame has flickered and waned in its intensity. Stuttgart are in the relegation slots but can move out with a win, for which they have been waiting for four matchdays as of now.

Questions About Freiburg vs Stuttgart 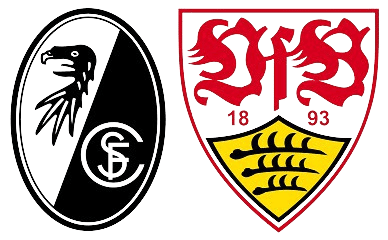 Who is the player to watch out for? Vincenzo Grifo (Freiburg).