Freiburg returns to footballing action with a visit from Bayern Munich. Meetings between these rivals have been close of late and we expect more of the same in this meeting.

Such is the might of Bayern Munich that three wins from five trips to the Freiburg im Breisgau is considered poor. With the Vultures flying high this season, returning to Allianz Arena with the three points on offer will be tricky. Nevertheless, we are backing the champions to add to their win column after this meeting. They have come unscathed from the international break and should be able to pick up from where they left off from.

Robert Lewandowski earned a place for Poland in the 2022 World Cup and will look to build on it for Bayern Munich in search of the elusive Ballon d'Or. Bayern will surely want the Bundesliga top scorer's services as they look to earn the points in SC Stadion. Freiburg will be unfazed by their rivals' magic as they have kept up with them on the scoreboard. The last seven meetings saw both sides represented in the final result and we expect that trend to continue.

Freiburg vs Bayern Munich: Check out the best odds and the latest stats

Freiburg vs Bayern Munich: Check out the team lineups

Christian Streich will be pleased with how Freiburg have continued to keep pace at the top of the leaderboard. The Vultures are fifth on the points table, equal on points with fourth-placed RB Leipzig. They can ill afford to take the foot off the pedal with seven matches remaining.

Return from the international break can always be tricky to manage, especially for teams like Bayern Munich. Almost all of the first team was travelling with their national teams and are reporting for duty without much turnaround. Fatigue can play a part and it has to be managed especially on tricky away trips such as to the SC Stadion.

Questions About Freiburg vs Bayern Munich 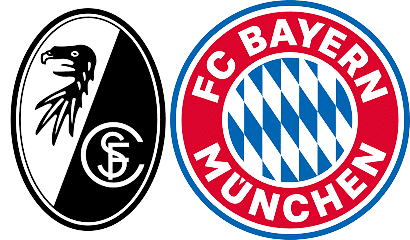 Where is the game being televised? beIN Sport (Fra), Sky Bundesliga and Viaplay.