They say points win prizes but they won't in this game with neither side having anything much to play for. Both sides will want to win though. Will either of them find a way? Find out with our Fleetwood vs MK Dons match preview with free tips, predictions and odds mentioned along the way.

Tips for Fleetwood vs MK Dons

A double chance on MK Dons

With our first prediction we're spreading our probability of walking away with a winner by covering both a draw and a MK Dons win. On the whole, MK Dons are in good form having won three on the spin compared to Fleetwood who have lost three of their past five. The issue comes though when you turn to MK Dons' away form; it's not terrible with five wins and a draw from the last 10 but it's not enough for us to hang our hat on an outright win especially when Fleetwood have only lost three of their prior 10 home games.

Don't expect both teams to score

If the recent form of both sides makes this game a tough one to predict in respect of a match result the same cannot be said for the stats around the both teams to score market. In the last six games Fleetwood have played at home, only one team have found the net. The MK Dons away form isn't quite as compelling but their last three away games have all seen the scoreboard showing at least one ‘zero' at the full time whistle.

Cameron Jerome had been leading the MK Dons scoring charts until recently but three goals in as many games by Scott Fraser has put him back in front with a season tally of 14. He'll come into this game buzzing with his recent displays and, if something drops in the box, then it could be the keeper picking the ball out of the back of the net.

All about pride in the shirt

Let's get one thing straight this isn't going to happen, however, ninth place MK Dons can still mathematically sneak into the playoffs. Fleetwood can't but they'll be happy to be two games away from summer knowing they've been safe for a few weeks or more. It didn't always look that way. Now it's about putting in performances for pride. Let's hope neither side disappoint. 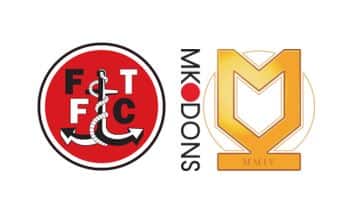