Fiorentina could move ahead of Roma and into 5th spot in Serie A if they manage ti beat mid-table Udinese on Wednesday. The visitors are still in with a chance of claiming a top-half finish this season but need a strong end to the campaign if they are to make up the 6pt gap that currently stands between themselves and Sassuolo in 10th position.

Fiorentina have won three of their last four games against Udinese, including a 1-0 win in the pair's reverse league fixture back in September, and we're backing the home side to secure all 3pts on Wednesday evening. The hosts are unbeaten in their last four home games, picking up three wins and a draw, while Udinese have only won one of their last five away trips, losing two of those games against Napoli and Verona.

There is a good chance that we will be treated to goals at both ends of the pitch on Wednesday. Three of Fiorentina's and five of Udinese's last six outings in league and cup have ended with both teams getting on the scoreboard with both Fiorentina and Udinese only failing to score in one of their last six fixtures, so you can see why we're confident that neither side will keep their clean sheet intact on Wednesday.

Everything you need to know ahead of Fiorentina vs Udinese

Fiorentina would have been expecting a routine win when they made the trip to relegation battlers Salernitana. However, the hosts took the led through Duric in the 9th-minute and lead 1-0 at the interval. Fiorentina did manage to get back onto level terms via a 64th-minute effort from Saponara but it was the home side and underdogs that had the last laugh as Bonazzoli fired home a winning goal for Salernitana with 11-minutes left of the 90.

Udinese were away at Bologna at the weekend where they went behind in the 6th-minute to a goal from Scotland international full-back Hickey. Udogie equalised for Udinese after good work from Success and the two sides went in level at the break. Udinese then took the lead early in the second half when Success moved from provider to scorer, but the visitors couldn't hold on and Sansone equalised just before the hour mark and the scoreline ended 2-2.

Fiorentina: Lucas Torreira and Gaetano Castrovilli are the main injury concerns for the hosts.

Udinese: Roberto Pereyra, Beto and Antonio Santurro could all miss the trip to Florence.

Fiorentina vs Udinese: Your Questions 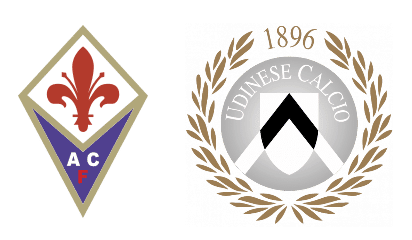