Salernitana might have won last week but it all feels a little too late to save their Serie A status. European hopefuls, Fiorentina, provide the opposition on Sunday and the visitors arrive in the midst of an unbeaten run in the league.

We're backing both teams to score on Sunday as they have done in three of Salernitana's last five outings and in three of Fiorentina's last six league games. Fiorentina are the favourites to win the game but have a Coppa Italia semi-final 2nd-leg to negotiate on Wednesday night before they can turn their full attention to Salernitana. s you can see why we're backing both teams to score this weekend.

Torreira scored the winning goal for Fiorentina in their last game against struggling Venezia and has managed to find the back of the net in three of his last four league games for Sunday's guests. The on-loan Arsenal midfielder has scored five times in the league for Fiorentina this season and we're backing him to score again this weekend.

Everything you need to know about Salernitana vs Fiorentina

Can Salernitana upset the odds this weekend?

Salernitana made the trip to Sampdoria last weekend where two early goals set the bottom of the table side on their way to a rare victory. Fazio opened the scoring in the 4th-minute and Ederson added a second just 2-minutes later to put Salernitana 2-0 up. Despite the fact that Caputo pulled a goal back for Sampdoria before the break, Salernitana held firm and secured a 2-1 victory that took them to within 3pts of Genoa and Venezia with games in hand on both clubs.

Fiorentina were expected to win comfortably at home to Venezia but the visitors arrived with plenty of motivation and made a real game of it for the Florance-based club. Torreira scored what turned out to be the only goal of the game on the half-hour mark but Fiorentina certainly found the 90-minutes much tougher than they had expected it to be.

Salernitana: Ruggeri, Coulibaly, Sepe and Mousset could miss out this weekend through injury.

Fiorentina: Gaetano Castrovilli and Giacomo Bonaventura are the main injury concerns for the visitors. 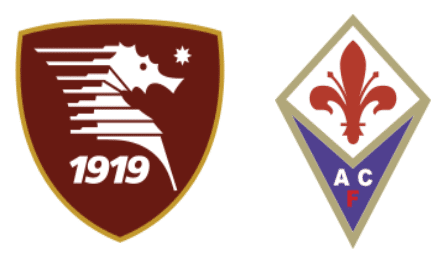