We're expecting a tight and tense 90-minutes between two clubs that are only separated by goal difference in Serie A this season. Fiorentina have the home advantage but Lazio have had the better of their hosts in recent seasons.

We're predicting a draw on Saturday when Fiorentina host Lazio. Both teams have 36pts on the board, though, Fiorentina do have a game in hand on their guests and have the better goal difference of the two clubs. having said that, Lazio have only lost one of their last seven games against Fiorentina and both teams have drawn two of their last four in the league.

There is a great chance that we will be treated to goals at both ends of the pitch this weekend as that has been the way four of the last six league meetings between Fiorentina and Lazio have ended. Both teams have also scored in three of the host's last five outings as well as in three of Lazio's last six fixtures, so you can see why we're not backing either side to keep their clean sheet intact this weekend.

Close and competitive 90-minutes expected at the Stadio Artemio Franchi

Fiorentina made the trip to Cagliari in their last league game and after a goalless first half, the home side took the lead just minutes after the restart. Fiorentina needed a response and they got one in the 75th-minute through Sottil but despite there being 15-minutes left on the clock, the visitors were unable to carve out a winning goal. A win this weekend could take Fiorentina up one place and into 6th but only if Roma drop points in their game.

Lazio faced Champions League-chasing Atalanta at the Stadio Olimpico last time out where a tight and tense 90-minutes ended goalless. Both teams would probably have been pleased with a point at the final whistle as a win for Lazio on Saturday could take them into the top six, while Ataltana remain in fourth spot with a game in hand on most of the teams in and around them. Lazio have a good recent record against Fiorentina and have already beaten their hosts this season when the pair met for their reverse league fixture. 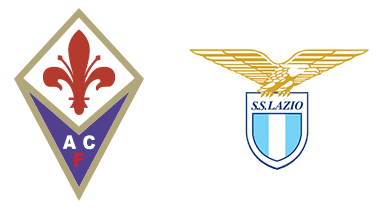