FW Predictions for Fiorentina vs Juventus

Fiorentina have struggled for wins in the early stages of the new Serie A season and now face a tricky home game against a Juventus side that have 8pts on the board. We're expecting a tight and tense 90-minutes in Florence and make Juventus the slight favourites to secure all 3pts.

Each of the last five meetings between these two clubs have produced under 2.5 goals, and we're predicting another tight game this weekend. Each of Fiorentina's last four matches have produced under 2.5 goals, three of which have ended goalless, while four of Juve's last six outings in all competitions have also witnessed fewer than three goals scored.

We're not expecting to see both teams score in this game as that has only happened in one of the last six encounters between Fiorentina and Juventus. Both teams have also scored in just two of Fiorentina's and one of Juve's last six outings in all competitions with the duo producing a combined four 0-0 draws during that period.

A close and competitive 90-minutes on the cards

Fiorentina made the trip to Udinese in midweek where a solitary goal proved enough to decide the destination of all 3pts. Beto scored that goal in the 17th-minute to put Udinese in front and Fiorentina failed to get back into the game as they failed to score for a fourth successive match. Clearly, goalscoring has been an issue for Fiorentina this season and it could prove to be their downfall this weekend.

Juventus took the lead at home to Spezia after just 9-minutes through young Serbian striker Vlahovic. The hosts never looked like losing the game but didn't seal their victory until stoppage-time when new signing Milik got on the end of a Miretti pass to wrap up a 2-0 victory. Juve have now kept three clean sheets in their last four matches and look really strong in defence this season.

Fiorentina: Nicolas Gonzalez, Alfred Duncan and Gaetano Castrovilli could all miss the game through injury.

Q&A for Fiorentina vs Juventus 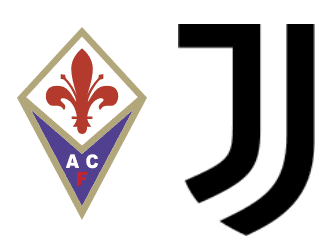