Fiorentina and Genoa meet in Florence on Monday in Italy’s Serie A. Can La Vila get back to winning ways after their three-game slump? Read our expert predictions and find the latest odds for the game below in our match preview.

Fiorentina have won five of their last six home games in Serie A ahead of their latest clash in Florence against Genoa. Find our top three predictions for the fixture below.

Fiorentina’s 5-2 win at Napoli in the Coppa Italia on Thursday was spectacular and La Viola should have a real spring in their step when they return to home soil to play Genoa on Monday. Fiorentina have won five of their last six matches at the Stadio Artemio Franchi and they were leading at half time and full time in all but one of the same assignments. Genoa meanwhile, are second from bottom and without a win in 18 league fixtures and we’re tipping Vincenzo Italiano’s red-hot side to take total command against them on Monday.

Fiorentina striker Duan Vlahovic is one of Europe’s most sought after commodities at the moment and the Serbian frontman has notched 16 times in 20 Serie A appearances this term. The 21-year-old needs just one more strike to reach 20 goals for the season in all competitions and Vlahovic should have chances to reach that tally against a porous Genoa defence.

Fiorentina blitzed Napoli in extra time of the teams’ Coppa Italia clash in Naples in midweek, and their 5-2 victory over a strong Partenopei outfit is certain to have sent their confidence levels skyrocketing. La Viola have the quality to make a dash for continental qualification this season, though they will need to pull up their socks on the road, where they have lost six times in 11 matches.

With just one victory all campaign long, Genoa have won fewer games than any other team in Serie A, though a string of draws has kept them off the foot of the table. Only two teams have scored less often than the relegation contenders and with five points between them and safety, it’s difficult to see how they can turn their dire situation around. 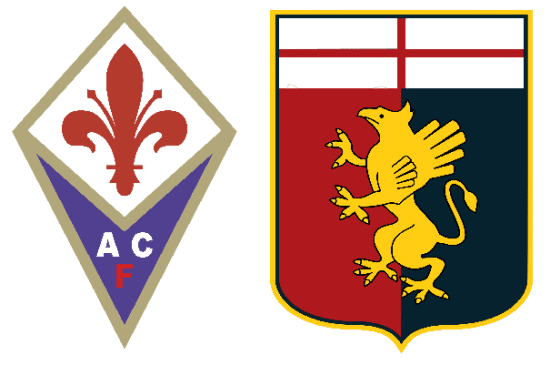 Fiorentina are clear favourites to beat Genoa on Monday.

Monday’s fixture between Fiorentina and Genoa will be played at the Stadio Artemio Franchi.