Fiorentina are still in the race for the European places but really need a win at home against mid-table Bologna on Sunday to put pressure on the teams ahead of them. The visitors sit 12th in the Serie A table as things stand but could move up one place with a win in Florence.

Under 2.5 goals have been scored, or not scored as the case may be, in four of the last seven league meetings between Fiorentina and Bologna. We're expecting another low-scoring 90-minutes on Sunday as three of the host's last four outings and three of Bologna's last five fixtures have also witnessed fewer than three goals scored.

Five of the last seven head-to-heads between these two clubs have ended in stalemates and we're backing Sunday's clash to end in a draw as well. Fiorentina are without a win in their last three matches and drew 1-1 with Verona last time out, while three of Bologna's last five matches have ended in stalemates and the visitors have only won one of their last six games in Serie A.

All you need to know about Fiorentina vs Bologna

Will Fiorentina secure the domestic double over Bologna this weekend?

Fiorentina had the home advantage against Verona last weekend but didn't do enough with it to secure all 3pts. The game started really well for the hosts with Piatek putting Fiorentina in front after just 10-minutes. However, Verona equalised 10-minutes later from the penalty spot and both teams cancelled one another out in the second half, so the scoreline ended 1-1. Fiorentina sit 8th in the table heading into the weekend's action but do still have a game in hand on the two sides that sit directly above them.

Bologna and Torino played out a boring goalless draw at the Stadio Renato Dall'Ara last time out, a game which will not live long in the memory. Both teams had chances to win the game and ended the 90-minutes with three bookings apiece but Bologna remain a point behind Torino and with a much worse goal difference.

Fiorentina: Bonaventura misses out through suspension, while Odriozola looks set to miss out with a sprained knee.

Bologna: Theate, Medel, De Silvestri, Michael, Santander and Dominguez could all miss the trip to Florance. 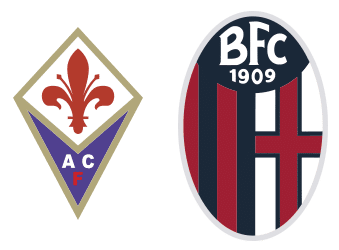