AC Milan have become the new front runners for the Serie A title after Inter Milan lost their game in hand in midweek. This weekend, European hopefuls Fiorentina provide the opposition at the San Siro but head into the game on the back of a humiliating home defeat.

Former Arsenal and Chelsea striker, Olivier Giroud joint-top scores in the league for AC Milan this season with 9-goals. We're backing the 35-year-old to score again this weekend just as he did in his last game against Lazio. The French international has played an important role in AC Milan's title race and could lead the club to glory in the few remaining matches.

AC Milan have won three of their last six games against Fiorentina and owe their guests one after suffering a 4-3 defeat in Florence back in November. The hosts have secured three wins from their last six matches, keeping four clean sheets during that period, while Fiorentina have lost their last three fixtures and have failed to score in two of those defeats, so you can see why we're backing AC Milan to win and keep a clean sheet on Sunday.

All you need to know about AC Milan vs Fiorentina

AC Milan will be buoyed by Inter Milan's midweek defeat

Last time out, AC Milan made the potentially tricky trip to Lazio and fell behind early on to a goal from Immobile. However, the visitors responded well in the second half, equalising through Giroud in the 50th-minute and then going on to snatch a win in stoppage-time via Tonali. AC Milan sit 2pts clear of their local rivals Inter in the race for the Serie A title and there are only 4-games left for both teams to play this season.

Fiorentina had the home advantage against Udinese in midweek, though, you might not have known it. Udinese took the lead in the 12th-minute and Deulofeu doubled their advantage in the 36th-minute. Fiorentina made changes at the break but it didn't help as Udinese scored twice in stoppage-time to secure an emphatic 4-0 victory.

AC Milan: Bennacer, Florenzi and Kjaer will miss out on Sunday due to injury.

Fiorentina: Gaetano Castrovilli is the main injury concern for the visitors this weekend.

AC Milan vs Fiorentina – Your Questions 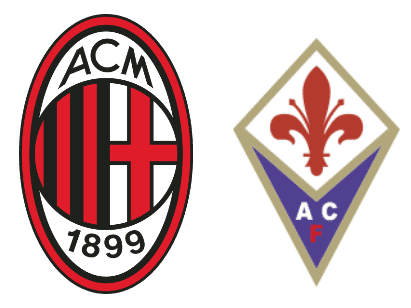