Everton continue to drop down the Premier League table following a run of three consecutive defeats and now they have to play host to Tottenham without a number of their key first-team players. Conte takes charge of his first league game as the new Tottenham manager and will be looking to get his reign underway with a win against the Toffees.

Here are our predictions for Everton vs Tottenham.

We're expecting this game to be tight, tense and may even be a game that doesn't live long in the memory. Both managers are renowned for making their teams hard to breakdown and well organised and while Everton have not looked like that of late, we expect Conte's Tottenham to frustrate their hosts with a strong defensive display. Under 2.5 goals have been produced in three of the last five meetings between these two clubs, as well as in three of Everton's and three of Spurs' last five fixtures in all competitions.

In terms of a final scoreline, we're backing Tottenham to pinch a 1-0 win at Goodison Park. The hosts have looked poor in each of their last three defeats, only slightly improving in the second half of their defeat to Wolves. Tottenham are bound to be buoyed by the arrival of their new manager and that lift along with a full-strength squad, should give Spurs the edge against an injury-hit Everton side.

Key stats and figures for Everton vs Tottenham

Everton didn't show up in the first half of their trip to Molineux on Monday night and it cost the Merseysiders dearly. Wolves scored twice in the first half first through a Kilman header from a corner and then when Jimenez got on the end of a poor backpass from Godfrey to dink the ball over the onrushing Pickford. Everton brought on Delph in the second half and that gave them a foothold in the match. Iwobi fired home in the 66th-minute to give the travelling Everton fans hope but the Toffees didn't do enough with the ball and lost the game 2-1.

Tottenham played host to Man Utd last time out and ended up getting well beaten which saw the end of Nuno Espirito Santo's short reign at the club. Goals from Ronaldo, Cavani and Rashford saw the visitors ease to a 3-0 victory in what was expected to be a close and competitive match at the Tottenham Hotspurs Stadium. We expect to see a much more focussed and determined Spurs side this weekend now that Conte is in charge, after all, he was the manager the club really wanted in the summer.

Everton: Abdoulaye Doucoure, Dominic Calvert-Lewin and Yerry Mina remain sidelined for the hosts but Lucas Digne and Andre Gomes could return to the squad this weekend.

Tottenham: Bryan Gil and Ryan Sessegnon appear to be the only injury concerns ahead of Conte's first game in charge of Spurs this weekend. 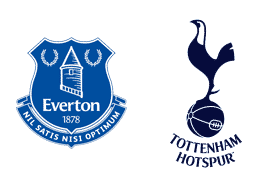