Everton have lost their last six games against Man City and were beaten at Goodison Park by the champions-elect just last month, but can Ancelotti a master plan that will knock Pep Guardiola's side out of this season's FA Cup? Read on for all our betting tips ahead of Saturday's FA Cup quarter-final from Goodison Park.

Man City have secured wins in each of their last six games against the Toffees and both teams have scored in five of those encounters. Everton have already lost seven times at home this season and Man City head into the tie on the back of five wins from their last six matches across all competitions.

Ilkay Gundogan is a surprise top goalscorer for Man City this season with 12-goals in the Premier League and 3-goals in the Champions League, despite never scoring into double figures before. The German international was on target in Man City's last game, a 2-0 win over Borussia Monchengladbach in the Champions League and was on target in City's recent 5-2 victory over Southampton in the Premier League.

Everton vs Man City: All the stats and odds for this quarter-final clash

Everton have been much better on the road than they have at Goodison Park this season. Burnley beat Everton at home last time out and Ancelotti seems to have an issue getting his players to create goalscoring opportunities in their own backyard. The Toffees have now lost seven games at home this season but did beat Tottenham 5-4 at Goodison Park in the last round of the FA Cup, so there is some hope for the hosts this weekend.

Man City have only lost one game recently, a 2-0 home defeat against Man Utd, but other than that they have looked flawless. City have won their last three matches, scoring 10-goals in the process, and it is hard to see Everton stopping Pep Guardiola's side from reaching the semi-finals. City ran out 3-1 winners when they made the trip to Goodison Park in the Premier League last month. Everton gave a good account of themselves for the most part but couldn't handle City's relentless attacks.

Rodriguez, Pickford, Delph, Doucoure and Gbamin will miss the quarter-final through injury, but Ancelotti does welcome back goalkeeper Olsen from injury. Man City appear to have a clean bill of health and no suspended players ahead of the trip to Liverpool, following their 2-0 midweek victory in the Champions League over Borussia Monchengladbach.

FAQ about Everton vs Man City 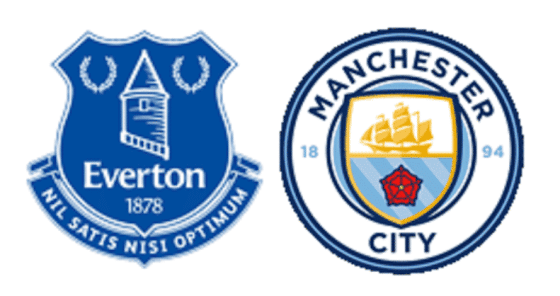