Leicester vs Everton: Our betting tips

Leicester crashed out of the Conference League in midweek and have little left to play for but pride in their remaining five Premier League games. Everton arrive at the King Power Stadium on the back of an impressive home win against Chelsea but the Toffees have been so poor on the road this season it's hard to see them getting anything more than a draw on Sunday.

Each of the last three league meetings between these two clubs have produced under 2.5 goals with the pair playing out a 1-1 draw at Goodison Park just last month. We're predicting another low-scoring 90-minutes this weekend as four of Leicester's and four of Everton's last five outings in all competitions have witnessed fewer than three goals scored.

The last time the Foxes played host to the Toffees only one team got on the scoreboard and we're expecting either one or both sides to fail to find the back of the net on Sunday. Leicester have failed to score in two of their last four fixtures, including a goalless draw at home to Aston Villa, while only one of Everton's last four matches have produced goals at both ends of the pitch.

Check out the key stats & form for Leicester vs Everton

Will Everton turn their dire away form around this weekend?

Last weekend, Leicester made the trip to Tottenham with one eye on the 2nd leg of their Conference League semi-final against Roma, and it showed. Kane put the home side in front after 22-minutes and Son scored twice in the second forty-five to put Tottenham 3-0 up with 11-minutes of the 90 remaining. Iheanacho did manage to pull a goal back in stoppage-time but it was never going to be anything more than a consolation for the Nigerian striker.

Everton had to show guts and desire at home to Chelsea if they were going to pick up the win they needed to remaining in the race for Premier League survival, and that's just what they did. Everton allowed Chelsea to have plenty of the ball but stopped the visitors from having any clearcut opportunities to score in the first half. Early in the second half, Everton pressed Chelsea high up and forced a rare mistake from Azpilicueta and Richarilson coolly slotted the ball past Mendy to make it 1-0. Pickford was called upon to make a couple of fantastic saves to keep his side in front and Everton managed to get through stoppage-time with their clean sheet and, more importantly, the 3pts intact.

Leicester: Bertrand and Ndidi look set to miss out once again this weekend due to long-term injuries.

Everton: Patterson, van de Beek, Gomes, Godfrey and Townsend could all miss the trip to the Midlands.

A brief FAQ ahead of Everton vs Leicester 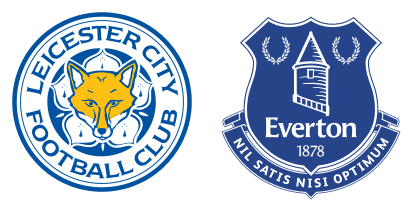