Empoli will be hoping to close the game on Verona and move another step close to safety with a win on Sunday. Verona currently sit 9pts and four places above their hosts in the Serie A table and the two sides have already met twice this season and on both occasions, the games were full of entertainment.

We're backing these two sides to play out a draw on Sunday as the hosts are struggling for wins right now and the visitors haven't won any of their last three games on the road. Three of Empoli's last six outings in Serie A have ended in draws while Verona's last two away games have ended in stalemates, so you can see why we're backing Empoli and Verona to cancel one another out this weekend.

There is a great chance that we will be treated to goals at both ends of the pitch this weekend as has been the case in three of the pair's last five meetings in league and cup. Each of Empoli's last eight home games have ended with both teams getting on the scoreboard, while each of Verona's last four matches in Serie A have produced goals at both ends of the pitch.

Everything you need to know about Empoli vs Verona

Empoli made the trip to Milan to face the league leaders last weekend and were undone by a solitary first-half effort from Kalulu. Empoli gave a good account of themselves against a top side but lacked a goal threat, something they will be looking to address on Sunday. Empoli have impressed this season and should have more than enough in the tank to get themselves to the magic 40pt mark.

Verona would have been expecting a tough game at home to title-challenging Napoli, and that's just what they got. Osimhen scored a goal in each half to put the visitors 2-0 up and although Faraoni pulled a goal back in the 77th-minute, Verona had Ceccherini sent-off 7-minutes from time then lost their goalscorer Faraoni to a second bookable offence in stoppage-time and lost the game.

Empoli: Bajrami, Marchizza and Haas are the three main injury concerns for the home side.

Verona: Ceccherini and Faraoni will miss the game through suspension, while Depaoli, Lazovic, Retsos and Pandur could miss out due to injury. 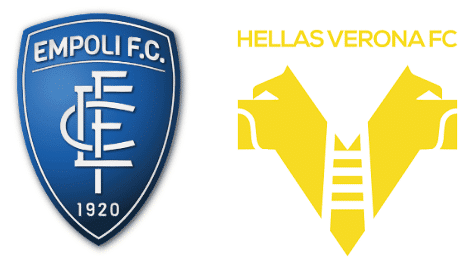