We're expecting a thoroughly entertaining 90-minutes in Serie A this weekend when Empoli, who have been the surprise package of the season, play host to Jose Mourinho's Roma, who are in the race for the European places.

Pinamonti top scores for Empoli this season with 7 Serie A goals and we're backing the Italian striker to score against Roma this weekend. Three of the 22-year-old's goals have come from the penalty spot and this is already his high-scoring campaign as a professional. The Inter Milan loanee is due a goal after failing to score in his last four appearances in all competitions.

Tammy Abraham has made a decent start to life in Italian, netting 8 league goals in 21 starts for Roma. We're backing the England international to score against Empli on Sunday as he has netted 8-goals in his last ten games for his club in all competitions.

Everything you need to know about Empoli vs Roma

Empoli gave Inter Milan a huge scare in the Coppa Italia on Wednesday night, forcing the tie into extra time. Inter went 1-0 up through Sanchez but were pegged back just after the hour mark when Bajrami scored. An own goal from Radu put Empoli 2-1 up and the underdogs came so close to causing an upset at the San Siro only for Ranocchia to equalise in stoppage-time. The tie was eventually settled in the 104th-minute by a goal from Sensi. In the league, Empoli have performed above expectations and play good football to boot, so there is very little chance of the newly-promoted club being dragged into a relegation fight.

Roma managed to see off lower-league opposition in the form of Lecce on Thursday night, despite going a goal down early on. Kumbulla equalised for Mourinho's men in the 40th-minute and in the second half, Abraham put the home side in front. Shomurodov wrapped up the victory for Roma with a third goal 9-minutes from time. Roma need a good cup run as they currently sit 7th in the Serie A table and could miss out on European qualification via their league position.

Empoli: Viti is suspended for the hosts, while Di Francesco, Parisi and Haas look set to miss out through injury.

Roma: Pellegrini, El Shaarawy, Smalling, Darboe and Diawara could all miss out this weekend for the visitors.

Empoli vs Roma – Your Questions 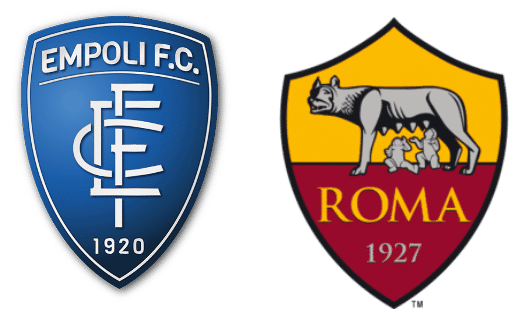