Free Predictions ahead of Empoli vs Monza

Monza are the best performer of the three newly-promoted clubs in Serie A so far this season and this weekend they make the trip to Empoli. The hosts sit 2pts and two places behind visiting Monza as things stand but a win on Saturday would send Emploi above their guests and possibly into the top half of the table, depending on results elsewhere.

The last two meetings between these two clubs have ended in stalemates and we're backing Saturday's clash to end all square as well. Three of Empoli's last six outings in Serie A have ended in draws, while Monza have picked up points in each of their last two away games and look solid on the road against similar quality sides.

Each of the last three matches played between Empoli and Monza have produced under 2.5 goals and we're backing Saturday's clash to be low-scoring once again. Three of Empoli's and four of Monza's last six outings in the league have witnessed fewer than three goals scored, adding further weight to our second prediction for this weekend's mid-table match-up.

Empoli will leapfrog Monza with a victory

Empoli were away at Torino last time out where the first-half ended goalless. Just 4-minutes after the restart, Destro fired Empoli in front after good work from Ebuehi and that goal looked like it was going to be enough to win the game. However, in the very final minute, Torino launched one last attack that ended with Lukic scoring a dramatic equaliser for the home side.

Monza used their home advantage well against Spezia last weekend. Carlos Augusto handed the hosts the lead in the 32nd-minute and once Pablo Mari made it 2-0 in the 63rd-minute, there was no chance that the visitors were going to get back into the game. That 2-0 victory moved Monza ahead of Empoli and into 12th-place in the table, making Monza the most likely of the three newly promoted teams to avoid relegation back down to Serie B.

Empoli: Grassi, Akpa, Ismajli and  Tonelli are the four main injury concerns for the home side.

Monza: Petagna and Ranocchia are both doubts for the trip to Empoli this weekend.

FAQ for Empoli vs Monza 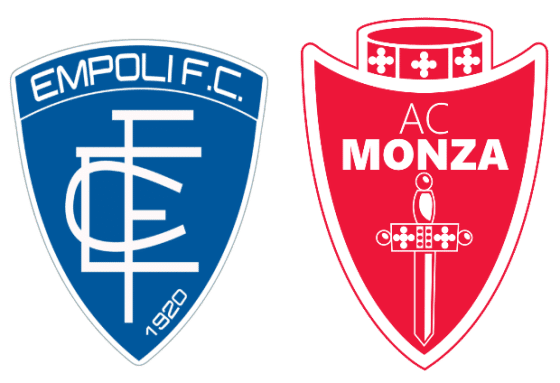