The first matchup in the upcoming Serie Around is the Juventus vs Empoli duel, scheduled for Friday, October 21st. So, let's take a closer look at this game and some of our free betting predictions for it.

If you are not sure what is the right bet for the Juventus vs Empoli duel, check our top betting picks for this match right here:

Juventus to Win at Half Time and Full Time

It's been a rocky start of the season for Juventus in all competitions, but the team does have three wins in the last five games all around and we could be seeing better performances from them in near future.

Meanwhile, Empoli has the same number of points as Juventus in the last six Serie A games and overall they are not that far behind either. Still, Juventus needs this win badly and we expect them to get it, especially since they are playing at home. We also expect them to take the lead in first half and hold on to it.

Dusan Vlahovic to Score at Any Time

Despite the fact that he is constantly receiving criticism, Dusan Vlahovic seems to be Juventus' most consistent performer this season as well and he already has six goals in Serie A.

In addition to this, Vlahovic managed to score twice for Juventus against Empoli last season, so we are pretty confident that the Serbian striker can get on the scoreboard in this game too.

The Best Odds and Key Stats for Juventus vs Empoli

While the home team is the favourite, their form is shaky and we could see a close duel. So, here's a better look at both teams now:

After ten rounds in Serie A, Juventus sits in seventh place in the standings with sixteen points. In the last six games, they have two wins, two losses, and two draws, which is far from good for a team of their caliber. On top of that, Juventus is in a tough spot in Champions League as well after their loss to Maccabi Haifa in the last round and only a miracle can get them into the next stage.

The Old Lady is also dealing with more than a few injuries, with Federico Chiesa, Angel Di Maria, Kaio Jorge, Marley Ake, and Mattia De Sciglio all out of the next game, while Paul Pogba and Bremer remain doubtful.

With two wins, two draws, and a couple of losses in the last six rounds of Serie A, Empoli is pretty much in the same form as their upcoming opponent. Overall, Empoli has eleven points from ten games and they are sitting in the middle of the standings right now, which is probably the most that this team can hope for this season.

Empoli will likely be without injured Lorenzo Tonelli, Alberto Grassi, Ardian Ismajli, and Jean-Daniel Akpa Akpro in the next game.

Juventus vs Empoli – Most Common Questions 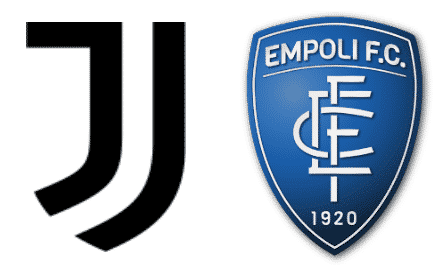