Empoli and Fiorentina go head-to-head in Italy’s Serie A on Saturday. Read our expert predictions and find the latest odds for the game below in our match preview.

Fiorentina can move into Serie A’s top six with a victory over Empoli on Saturday. Find our top three predictions for the contest below.

Fiorentina’s results have been a bit hit and miss of late, though their dramatic 4-3 win over then leaders AC Milan at the weekend would have sent their confidence levels through the roof. On Sunday, La Viola face an Empoli outfit that have lost five of their seven home assignments this term and Fiorentina have the quality and self-belief to take advantage of their host’s peril.

While Empoli have been unreliable in terms of results this season, they have been an excellent option for bettors on the lookout for fixtures laden with BTTS potential. Five of their last six games in Serie A produced goals at both ends and a similar outcome looks possible when they host a Fiorentina side that has kept just one clean sheet in seven away league fixtures since the summer.

Serbian striker Dusan Vlahovic has been adding to his already big reputation this season, netting an impressive ten times in 13 Serie A fixtures for Fiorentina during a red-hot start to the campaign. The striker notched twice for La Viola against AC Milan last weekend and Vlahovic can dish out similar levels of punishment against a weaker Empoli team on Saturday.

Empoli vs Fiorentina preview: La Viola hold all the aces

Newly promoted Empoli started the Serie A campaign like a house on fire, though their results have started to slip more recently. A run of just one victory in their last five attempts has triggered a descent down to midtable and the club has managed to win just one of their seven tests at the Stadio Carlo Castellani since their return to the big time.

While Fiorentina never disappoint when it comes to excitement, you rarely know what kind of results you’re going to get from Vincenzo Italiano’s charges. La Viola are the only team yet to draw a single game in Serie A this term, though the seven victories they have mustered so far has placed them within swinging distance of the top six. 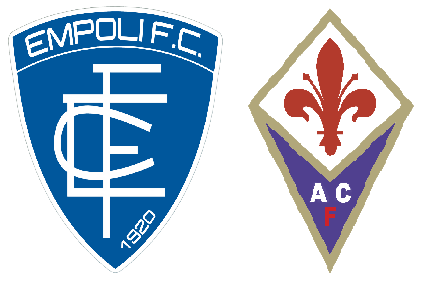 Can either team win the title this season?

Neither club is expected to be in the shake-up for Serie A silverware this season.

Empoli vs Fiorentina will be played at the Stadio Carlo Castellani on Saturday.