Atalanta could climb two places in the table on the final day of the season as long as the hosts win at home to bottom half of the table Empoli and both Fiorentina and Roma fail to win their games. Empoli have little left to play for this season but pride and will be relieved to have avoided relegation from Serie A with plenty of games to spare.

Atalanta & Both Teams to Score

Atalanta have won four of their last seven meetings with Empoli and both teams have scored in three of the duo's last five head-to-heads. Both teams have also scored in five of Atalanta's and five of Empoli's last six outings in Serie A, so you can see just why we're expecting goals at both ends of the pitch this weekend.

Croatia's Mario Pasalic top scores for Atalanta this season with 13 Serie A goals, his best-ever total since netting 11 in one campaign for Hajduk Split in 2013/14. We're backing the midfielder to add to his tally on the final day of the season because he has netted 4-goals in his last five league games for Atalanta and has been very economical in front of goal of late.

Atalanta are fighting to finish in the top 6

Atalanta made the trip to top of the table AC Milan last time where a tight and tense first 45-minutes ended goalless. Leao fired the home side in front in the 56th-minute and when Hernandez made it 2-0 with 15-minutes left on the clock, there was no way back for Atalanta. Atalanta still have lots to play for on the final day of the season and could move up from 8th to 6th, obtaining European football for next season, if they win and the two teams above them drop points.

Empoli were at home to relegation battling Salernitana last weekend where a goal from Cutrone put the hosts in front after 31-minutes. Salernitana always looked like a threat and got back onto level terms in the 76th-minute through top scorer Bonazzoli. The game ended in a draw and that means that Empoli cannot now finish any higher than 14th this season.

Atalanta: Rafael Toloi and Giuseppe Pezzella are both doubts for the final game of the season.

Empoli: Lorenzo Tonelli and Nicolas Haas could miss the trip to Atalanta through injury.

Your Questions for Atalanta vs Empoli 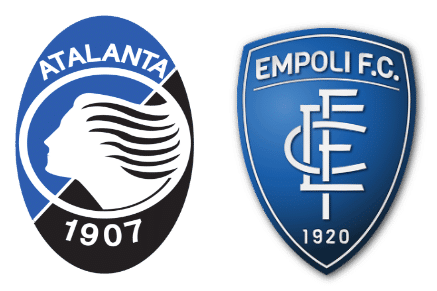