One of the most anticipated matches of this round in the Champions League is the Dortmund vs Ajax duel. With that in mind, we have prepared a in-depth preview of the game and our free betting tips.

Our top betting predictions and picks for Dortmund vs Ajax

If you need help to find the right bet for the Dortmund vs Ajax duel, here are our favourite predictions for this match and our other Champions League betting tips:

While Dortmund will certainly be eager to get revenge after they got demolished in the first match against Ajax, which ended 4-0 for the Amsterdam team, we can't see them getting a positive result in this match due to their extensive injury problems. Even their best player and top scorer Haaland will miss this game, so our prediction is for Ajax to get another impressive win and secure a spot in the Top 16 phase after four rounds.

We've seen four goals in the first duel between Dortmund and Ajax in the group and we can expect the same thing in the rematch. After all, Ajax averages 3.55 goals per game in Eredivisie, while Dortmund averaged 4.2 goals per game so far in Bundesliga. So, these two teams should combine for at least four goals without a trouble, even with Haaland missing the game.

Sebastian Haller to Score at Any Time

After a successful career in Germany with Frankfurt, Haller failed to prove himself in the Premier League with West Ham. His move to Amsterdam, however, was right for both parties and Haller has been impressive this season as the team's top scorer. He was particularly great in Champions League, where he scored six goals in the first three games. So, betting on him to score once again sounds reasonable.

The latest odds and stats for Dortmund vs Ajax

If you want to place a bet on the top Dortmund vs Ajax odds, check our selection of odds from different betting websites:

Dortmund vs Ajax preview: Can Dortmund get revenge against Ajax?

The 4-0 loss in the first match against Ajax in Amsterdam probably still stings Dortmund's fans, but the team is overall in very good form at the moment. After all, Dortmund won their last five matches in all competitions if we exclude that game with Ajax and they are currently in the second place in Bundesliga, just one point behind Bayern Munich. Dortmund is also second in their CL group and in a good position to reach the Top 16 phase. However, the German team also has big injury problems at the moment, with eight players out of contention for the next game, including their top scorer Erling Haaland.

The permanently young Ajax team is unique in the world of football since they always manage to find the best talents and develop them, without letting the results suffer. This season is no different since Ajax is first in Eredivisie and in their Champions League group. Their performances in Europe have once again been particularly impressive since Ajax has all three wins so far in the group and a goal difference of +10 in those matches. Stekelenburg and Klaiber will miss the next game with injuries, while Onana is suspended at the moment.

Frequent questions for Dortmund vs Ajax 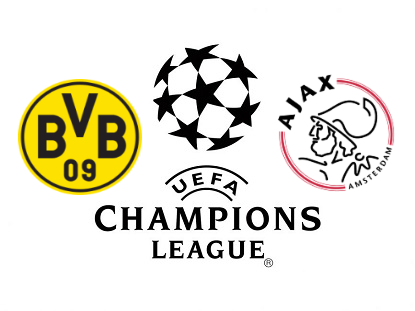