Following the unbeaten sequence, Fenerbahce host Dynamo Kyiv for the second leg of the Quarter-Finals of Champions League Qualifiers. The Blue and Whites are on a winless sequence before this match.

Fenerbahce have got a long streak of undefeated games and have won five of the last six attempts in various competitions. However, Dynamo Kyiv are struggling for a win in the last three outings and lost two of them. The Blue and White also lost the previous two away games in a row. Moreover, Dynamo were also restricted to a draw at their home against the Yellow Canaries. So the coming challenge will be a difficult task against the host who has the back of five consecutive wins. Hence, we back Fenerbahce to take the lead in this game.

The Turkish club has shown a positive flow of goals in the recent outings and scored ten goals in the last five outings. Nevertheless, Dynamo Kyiv seemed effortless at their offensive approach in the latest outings and scored only one goal in the last three games. All of the last four H2Hs between the teams also featured low-scoring outcomes. Following the current stats, the same is expected for this game.

Fenerbahce vs Dinamo Kiev: Check out the best odds and the latest stats

Fenerbahce vs Dinamo Kiev: Check out the team lineups

The Yellow Canaries ended their friendly campaign with consecutive victories but ended the sequence with a draw in the last game against Dynamo Kyiv. The team’s back end has played a major role in the team’s recent wins that secured five clean sheets in the last six outings. The club manager Jorge Jesus will have to face two injury concerns and several suspensions of the players before this game.

The Blue and Whites ended their friendly campaign with successive defeats and stretched the winless sequence to a draw game at home against Fenerbahce. Dynamo reached this round after concluding the previous season of the Ukrainian Premier League in second place. Ibrahim Kargbo Jr. and two other players are on the injury list ahead of this game.

Questions About Fenerbahce vs Dinamo Kiev 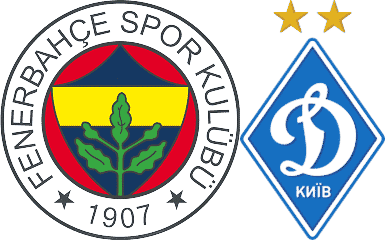 Where is the game being televised? Canal 11 (Por).

Where is the game being played? Ülker Stadyumu (Istanbul).