It looks for all the world that these two will be separated by an entire division next season with Derby likely to go down and Fulham heading on up. Will the game play out according to the table or can Derby keep the idea of survival very much alive? Find out with our Derby vs Fulham match preview with free tips, predictions and odds mentioned along the way.

Fulham have been the best team in the Championship this season; they won 25 of 40 league games, losing just seven times. It's worth noting that Marco Silva's men have six wins in their last nine games; this is in contrast with their opponents Derby County, who have six losses in their last nine games. Furthermore, we would like to point out that Fulham have had Derby's number in recent encounters; as they are unbeaten in their last four meetings with Derby. For these reasons, we are predicting a win for the visitors.

Fulham have actually been by far the highest-scoring team in the Championship; they have scored at least 30 more goals than any other team this season. However, Fulham's most recent games have been low-scoring; as four of their last five games went below the 2.5 goal margin. Like Fulham, Derby County have had their fair share of low-scoring games; six of their last eight games went under 2.5. Furthermore, clashes between Derby and Fulham tend to be low-scoring games; as four of their last five encounters went under 2.5. On that note, we shouldn't expect too many goals in this match.

Here are the key stats & form guide for Derby vs Fulham

Derby vs Fulham: Let's look at the predicted lineups

At the beginning of the season most people expected Derby to go down and Fulham to go up. Both look like happening but Derby have made much more of a fight of it than people anticipated. Could they create the story of the season here and derail the Champions elect?

Derby County have been a breath of fresh air this season but, despite that, they are second-last, and nine points from safety. Wayne Rooney's men will need all the wins they can get if they hope to stay in the Championship next season; they'll hope to upset league leaders Fulham here.

Fulham are coming off a disappointing 3:1 loss to Coventry; however, despite that loss, they are still 10 points clear at the top of the Championship table. Marco Silva's men will need a few more wins to secure the Championship title; they'll look to bounce back from their recent loss by defeating a struggling Derby side.

A quickfire FAQ on Derby vs Fulham 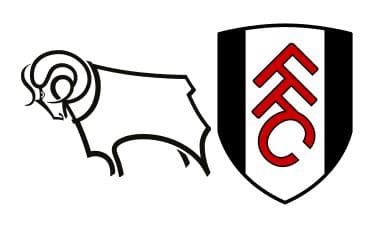