Top Free Tips for the Derby vs Birmingham

Derby have the home advantage against one of their local rivals, Birmingham, this weekend and we're expecting an entertaining 90-minutes between two of this season's relegation battlers in the Championship.

We feel that there is a good chance that both teams will find the back of the net on Sunday as they have done in five of their last seven league meetings against one another. Both teams have also scored in three of Derby's last five outings as well as in five of Birmingham's last six fixtures, so you can see why we're not backing either team to keep their clean sheet intact this weekend.

At least three goals have been scored in six of the last seven head-to-heads between Derby and Birmingham, and we're predicting more of the same on Sunday. Three of Derby's last five matches have produced over 2.5 goals, while four of Birmingham's last six games in league and cup have witnessed at least three goals scored.

Head-to-Head Data and Stats Between Derby and Birmingham

Derby looking for another win as they attempt the great escape

Derby made the short trip to The City Ground to face their local rivals, Nottingham Forest, last weekend. The first half ended goalless but the home side opened the scoring just 3-minutes into the second forty-five. When Notts Forest made it 2-0 in the 82nd-minute in sealed all 3pts but there was time for Lawrence to convert an 88th-minute spot-kick for Derby to made the final scoreline 2-1. Obviously, Derby have that huge points deficit on them which means rather than being safely placed in mid-table, the Rams are battling it out in the relegation zone. A win this weekend would be huge for Rooney's men and give them a real belief that they can do the impossible and avoid relegation this season.

Birmingham had the home advantage over Peterborough in midweek yet found themselves 2-0 down entering the last 5-minutes of the 90. However, the hosts showed great determination to pull a goal back through Gardener and then equalise just 3-minutes later to pinch a point when it looked like they were surely going to lose the game. Birmingham sit 10pts clear of the relegation zone as things stand but will still be expecting a very tough 90-minutes against Derby on Sunday.

Derby: Ravel Morrison is suspended, while teammate Krystian Bielik will miss the game due to an ACL injury.

Birmingham: Ivan Sanchez, Marcel Oakley, Troy Deeney and Adan George are all expected to miss the short trip to Derby through injury. 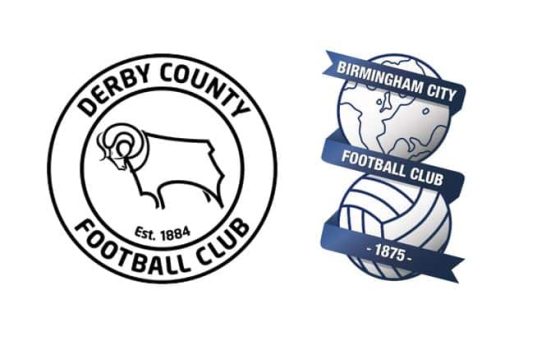 Questions You Should Ask Yourself About This Match