Derby vs Barnsley: Check out our betting tips

Derby vs Barnsley is a massive game at the bottom of the Championship and it's one that really needs a winner come the final whistle with time to escape relegation running out. Who will get the points that are on offer? Find out with our Derby vs Barnsley match preview with free tips, predictions and odds mentioned along the way.

As much as the Derby fight for survival has attracted the attention of neutrals around the country we see the feint dream fading even further here. Results haven't been going their way of late with the Rams having lost four of the last five including the last three. Barnsley meanwhile have won three of their last three games including their previous two. That form has seen them overtake Derby, who have played two games more than the Tykes. That fact combined with Derby having home advantage means the onus will be on Wayne Rooney's men to win this game; it's something that will suit Barnsley.

There is little need for words to explain how big this game is in the context of both team's seasons. As such, we expect a rather cagey match to be played out hence we are going for under 2.5 goals. Derby have gone under 2.5 in three of their last five games. Barnsley have also gone south of the 2.5 cut off in three of their past five. With that considered along with the occasion, we just can't see a glut of goals coming.

Here are the key stats & form guide for Derby vs Barnsley

Is it still a relegation six pointer if the likelihood is that both teams will go down regardless? Of course, neither has thrown the towel in yet so the three points that are on offer could be enormous.

Derby boss Wayne Rooney was left fuming with officials after their last game as things intensify for his club off the pitch as well as on it. Can the former Man United star find a way to sprinkle some positive vibes on the Rams again?

Barnsley looked dead and buried not too long ago but they've won more games in their last four outings than they had in the whole season priory to that; it's a remarkable turnaround. Another win here will edge them closer to the great escape. 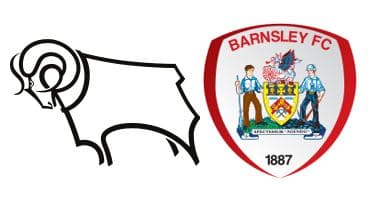