Everton missed out on securing their Premier League status at the weekend but on the 19th of May, the Toffees have a second chance to get over the line if they can beat Crystal Palace at Goodison Park. The Eagles have little left to play for this season but Everton have injuries and suspensions to deal with which should make for a close and competitive 90-minutes in Merseyside.

Both teams have scored in each of the last four league meetings between these two clubs, which includes Palace's 3-1 win at Selhurst Park earlier in the season. Both teams have also scored in three of Everton's last six league games and the Toffees have only failed to score in two of those fixtures. Two of the Eagles' last three matches have produced goals at both ends of the pitch, so you can see why we are expecting goals in this game.

Four of the last five head-to-heads between Everton and Crystal Palace in all competitions have produced at least three goals, including the Eagles' 4-0 FA Cup win over Everton a couple of months ago. Two of Everton's last three outings have witnessed at least three goals being scored and with all the injuries and suspensions the hosts have right now, we're expecting lots of goalmouth action at each end of the pitch.

All you need to know ahead of Everton vs Crystal Palace

If Everton win they will be safe from relegation

Everton started their last game at home to Brentford really well, taking the lead through Calvert-Lewin in the 10th-minute. However, the game swung in Palace's favour when teenage centre-back Branthwaite was shown a straight red card for accidentally tripping Toney when through on goal. The Bees then got back on level terms via a cross that was headed into his own goal by Coleman but in first-half stoppage -time the Toffees were awarded a penalty which Richarlison converted to make it 2-1. Brentford controlled possession in the second half and made it 2-2 via a flicked header from Wissa from a corner and 2-minutes later, Henry was afforded too much time and space in the box and the full-back headed home Brentford's third goal and the scoreline ended 3-2.

Crystal Palace had to come from behind to snatch a point at Villa Park on Sunday. Watkins put the home side in front in the 69th-minute but Palace substitute, Schlupp, fired home an equaliser in the 81st-minute after good work from Guehi who claimed an assist. The Eagles could move back above Brentford with as little as a draw at Goodison Park but Everton have far more motivation for the points.

Everton: Patterson, Mina, Delph and Townsend are all injured, while Branthwaite and Rondon are both suspended. Godfrey and van de Beek both return.

Crystal Palace: McArthur, Tomkins, Olise and Ferguson could all miss the trip to Goodison Park. 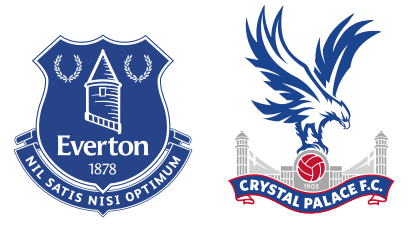