Chelsea return from the FIFA Club World Cup as champions but now have to shift their attention back to the Premier League and what feels like a must-win game against Crystal Palace. The hosts sit 13th in the table and have a very poor recent record against Chelsea, so it could be a long day at the office for the Eagles.

This is a fixture that has produced plenty of goals in recent seasons but this time around we're predicting a close and competitive 90-minutes. Palace will be without star midfielder and top goalscorer, Conor Gallagher, as he can't play against his parent club and four of the host's last five matches have produced under 2.5 goals. Four of Chelsea's last six matches have witnessed fewer than three goals scored and Tuchel's man have not long travelled back from the UAE, so there are bound to be some tired legs.

Key Stats, Markets and Odds for Crystal Palace vs Chelsea

Last weekend, Palace made the trip to Brentford where the pair played out a rather forgettable goalless draw. That point kept the eagles in 13th place and a win this weekend could move Crystal Palace up three places and into the top 10, providing results elsewhere go in their favour.

Chelsea's last game was played at the Mohammed Bin Zayed Stadium in Abu Dhabi where the opening 90-minutes of the FIFA Club World Cup final ended all square with Lukaku putting the favourites in front and Veiga equalising from the penalty spot. In extra-time, Chelsea were awarded a penalty of their own which Havertz converted and Chelsea held on to claim their crown.

Crystal Palace: Ferguson is out injured and there are doubts over Kouyate, while Gallagher is unavailable to play against his parent club.

Chelsea: Mount, James, Loftus-Cheek and Chilwell are all doubts for the short trip to Crystal Palace due to injury. 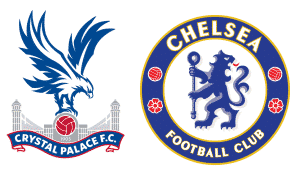