Crystal Palace are at home for the first time this season against newly-promoted Brentford and Patrick Vieira will be aiming for his first win in charge of the Eagles. Brentford caused an upset in their first Premier League game by beating Arsenal 2-0 and will be full of confidence ahead of their short trip to Selhurst Park.

We've backed this game to end in a draw as we expect these two sides to be very evenly matched. The current odds make Palace the slight favourites to win the game but Brentford have already beaten Arsenal this season and don't have to travel far to face their next opponents. Question marks were raised when Palace appointed Vieira and with the Eagles sinking without a trace against Chelsea, a good performance is needed against the Bees.

Both teams scored when these two sides last locked horns for a friendly back in 2014 and we're expecting more of the same on Saturday. Palace have only failed top score in one of their last six matches in all competitions and the same can be said for Brentford, so you can see why we're backing goals at both ends of the pitch.

In terms of a final scoreline, we're going with a 1-1 draw this weekend. Palace will have been working hard on their defending following that 3-0 defeat to Chelsea while Brentford carry that threat of the unknown and are buoyed by that 2-0 victory over the Gunners. Both teams will feel that this game is winnable but we're backing the pair to cancel one another out.

Crystal Palace slumped to a 3-0 defeat away at Chelsea and while the result won't have been too much of a surprise for Vieira, the team's performance will have disappointed for Arsenal legend. Roy Hodgson has done a great job in stabilising Palace over the last few years and Vieira is seen as the man to take the Eagles ont the next level but he will need time. Olise, Eze, Milivojevic and Ferguson have been ruled out of this weekend's clash through injury.

Ajer is likely to face a late fitness test ahead of the trip to Selhurst Park but Dasilva and Jensen are expected to miss the game due to injury. The Brentford fans will still be buzzing following that historic 2-0 victory over Arsenal last time out and the away fans will make plenty of noise against Palace, a team they will no doubt believe they can beat.

Your Questions – Crystal Palace vs Brentford 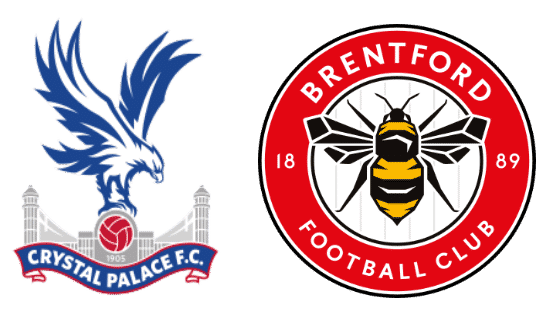