Both of these nations finished the group stage with morale-boosting victories and we're expecting a very close and very competitive 90-minutes between the pair as they face off in the last 16. Spain head into this one as the bookmaker's favourites to win despite not looking all that convincing during the group stage.

Read on for our full match preview and prediction for Croatia vs Spain in the European Championship.

Croatia vs Spain: Our Best Predictions

Spain finally found their finishing boots for the game against Slovakia, blowing their opponents away by five goals to nil. Spain have picked up four wins from their last seven encounters with Croatia and we're backing Luis Enrique's men to progress through to the quarter-finals by beating their opponents within 90-minutes. Croatia have only managed to win one of their last five international matches, while Spain are unbeaten in their last six fixtures.

Five of the last seven games played between Croatia and Spain have produced at least three goals. Croatia's last match against Scotland saw 40goals scored and three of Spain's last six outings have witnessed over 2.5 goals, so you can see just why we're backing goals in this game.

Our research has lead us to predict a Spain win and at least three goals to be scored in this last 16 encounter but if you fancy Croatia to progress and believe the game will be tight and tense, then here are some of the markets you might want to consider.

Bruno Petkovic to Score @ 7/2 with SBK

All odds are subject to change, so check with your bookmaker before making any bets.

Can Croatia overcome the odds and end Spain's Euro 2020 dreams?

Croatia just made it through to the next round by securing their first win of Euro 2020 in their final Group D game against Scotland. Croatia looked more like their old selves in that game but we're not sure they have enough quality in the final third to do enough damage against Sapin. The Croats are yet to keep a clean sheet in the tournament and go up against a Spain side that had been playing some good football but were lacking a finishing touch but that all changed against Slovakia.

Spain dominated their final group game against Slovakia and like Croatia, their first win of Euro 2020 helped secure their passage through to the knockout stage as runners-up. Far more is expected from this Spanish side and now they have a big win under their belts, Croatia should be worried. However, both teams have improved as each game has gone by so you can't rule Croatia out just yet. On paper, this should be a close game and one that produces plenty of goalmouth action. 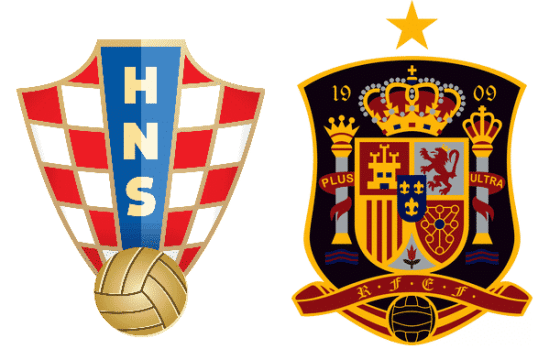