One of the two games in Serie A scheduled for Monday, October 24th is the derby of the relegation zone between Cremonese and Sampdoria. Here is our preview of the match, followed by some free betting tips.

Cremonese vs Sampdoria – Our Favourite Predictions

If you require assistance to determine what is the best bet for Cremonese vs Sampdoria, we can help you out with it:

At the moment, Cremonese and Sampdoria are the two worst teams in Serie A, with Cremonese ahead by one point in the standings. Both teams are still without a win as well, so this is a very important duel for them.

Clearly, we expect to see a very close match. However, we can also see the guests emerging victorious from this duel since we believe that they are the better team.

These two teams only met once in recent years and it was a friendly game five years ago which Sampdoria won 3-0. So, we did not see both teams score in that match, but we expect that to happen on Monday.

After all, both teams have scored in 70% of all Cremonese matches in the league this season, while the same is true for 50% of all Sampdoria games in Serie A so far.

The Top Odds and Key Stats for Cremonese vs Sampdoria

You don't have to waste your time searching for the best Cremonese vs Sampdoria odds – you can check them out right here:

This is an important game for both teams, so it should be an exciting one. So, let's take a closer look at the teams right now:

With four points from ten games, Cremonese is by far one of the worst teams in the league this season. The first team outside of the relegation zone is three points ahead, which is not a lot, but Cremonese needs to do much better in the future if they want to stay up. On the bright side, all four points that the team won were collected in the last six games.

When it comes to team news, Cremonese remains without Vlad Chiriches and Ionut Radu through injuries, while Cristian Buonaiuto is questionable.

Things have gone horribly wrong for Sampdoria so far in Serie A since the team only managed to win three points from the first ten rounds, which puts them in the last place in the standings. Dejan Stankovic took over as the new manager, but he remains winless after two games at the helm in the league. On top of that, Sampdoria was also eliminated from Coppa Italia by Ascoli after penalties.

Meanwhile, Jeison Murillo and Harry Winks are out with injuries right now, while Ronaldo Vieira is doubtful for this game.

Frequent Questions for Cremonese vs Sampdoria 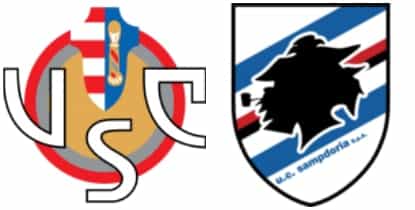