Chelsea and Man Utd meet in a showpiece Premier League fixture on Sunday. Can Michael Carrick make it two wins from two as caretaker United boss? Read our expert predictions and find the latest odds for the game below in our match preview.

League leaders Chelsea are aiming to cement their position at the summit of the Premier League with a win against struggling Man Utd. Find our top three predictions for the contest below.

Michael Carrick passed his first test as Man Utd’s caretaker boss when he led the Red Devils to a 2-0 win over Villarreal in the Champions League on Tuesday, though repeating that trick against table-topping Chelsea should prove a far trickier task. The formidable Blues have won nine of their last ten games in all competitions and with the visitors in disarray following four defeats in five Premier League assignment, it makes sense to side with the hosts.

United have been at sixes and sevens in their own third this season and matches involving the club have produced plenty of goalmouth action as a result. Seven of their last ten games in all competitions delivered over 2.5 goals, while their last five Premier League contests averaged 4.2 goals per 90 minutes. Chelsea have the class and quality to expose United again on Sunday and the over 2.5 goals market appeals once more as a consequence.

At the root of United’s problems is their dismal defensive work and only two Premier League clubs have shipped more goals this term than the leaky Mancunians. With Harry Maguire out injured, United also have selection issues at centre-half to contend with on Sunday and Chelsea are ruthless enough to take advantage. The Blues have notched at least twice in four of their last six tussles at Stamford Bridge and they are worth backing in the over 1.5 team goals market again this weekend.

Chelsea vs Man Utd preview: Momentum is with the hosts

Chelsea fired a warning shot to the rest of Europe on Tuesday when they trounced Juventus 4-0 in the Champions League and the Blues’ domestic endeavours have been going just as swimmingly. With nine wins from 12 games and just four goals conceded all campaign long, Chelsea are worthy front runners in this season’s Premier League title race and Thomas Tuchel’s charges look incredibly well-drilled and brimming with self-belief.

Manchester United secured their passage to the next phase of the Champions League with a timely 2-0 victory at Villarreal on Tuesday, aided by late strikes from Cristiano Ronaldo and a first effort for the club from Jadon Sancho. In the Premier League, United’s situation is dire however and another poor result on Sunday could see them drift south into the division’s bottom half. 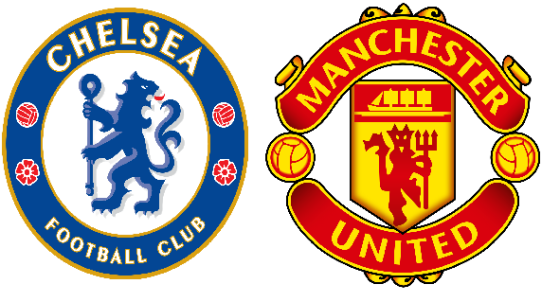 Chelsea and Man Utd drew 0-0 at Stamford Bridge on February 28.

Who is Chelsea’s leading scorer this season?

With four goals, wing back Reece James is Chelsea’s leading scorer in the Premier League this term.