Champions League holders Chelsea look to get revenge for a narrow loss to Juventus in the reverse meeting between the two clubs back in September. The blues are also aiming to pick up a first home win over Juventus since 2009.

Chelsea struggled to make inroads in the reverse fixture back in Turin. Romelu Lukaku was kept quiet throughout the 90 minutes. There is a possibility that Kai Havertz may continue as the striker and this brings a different set of challenges for Juventus. In the absence of Lukaku, Chelsea have been playing more on the ground and they have been extremely quick with their thoughts and passes. Even with Juventus on a three-game winning streak, the blues should be able to get three points with home support behind them.

The recent few games for Chelsea have witnessed brilliant attacking football from Thomas Tuchel’s men. The chances have been created at will due to excellent movement on and off the ball. Juventus are yet to hit the peak, but they have witnessed over 2.5 goals in three out of the last five games.

To win to nil – Chelsea

Chelsea have been defensively outstanding so far this season and they have conceded just one goal from open play in the Premier League. In the reverse fixture, the single goal from Chiesa came out of the blue and the blues will be much more wary of the opposition this time around.

Top Betting Odds and Stats for Chelsea vs Juventus

Chelsea are the defending European champions but they succumbed to a narrow loss in the reverse fixture to Juventus. As a result, the top spot still looks out of reach for Thomas Tuchel’s men. Tuchel is expecting Romelu Lukaku to come back from injury, but his forward line-up is already boosted after the return of Timo Werner and Christian Pulisic.

Juventus have a very good record in the group stages of the champions league. They have been able to pick up 14 wins from the last 15 matches in the group stages. Juventus are also unbeaten in the recent five visits to England. Federico Bernardeschi is not far for the game, while Rodrigo Bentancur and Aaron Ramsey are unavailable.

Questions about Chelsea vs Juventus 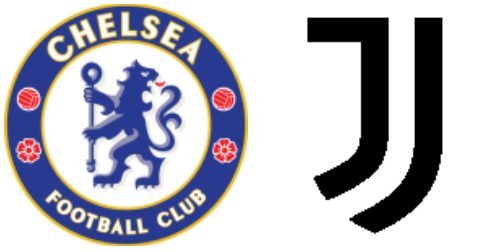 Where is the match scheduled? Stamford Bridge

Which team is the favourite to win? Chelsea