Chelsea will be happy to be playing at home against their local rivals Fulham between the two legs of their Champions League semi-final against Real Madrid, as the hosts have a fantastic record against their struggling guests and will probably risk resting a couple of key players. Fulham, who desperately need points in their race against regelation, arrive in the midst of a five-game winless run.

Read on for our full match preview and prediction for Chelsea vs Fulham in the Premier League.

Chelsea have secured wins in each of their last six matches against Saturday's guests Fulham, all of which have been in the Premier League. Chelsea have also kept clean sheets in five of their last seven encounters with their local rivals and will be expected to keep things tight at the back once again on Saturday.

Under 2.5 goals have been produced in four of the last seven derby matches between Chelsea and Fulham. Each of Chelsea's last five outings, including their trip to real Madrid, have all seen fewer than 3-goals scored, while three of Fulham's last six outings have also featured under 2.5 goals.

Chelsea don't score many goals but they concede even less and we're backing the hosts to secure a 2-0 win this weekend. Fulham have conceded more than one goal in three of their last five outings and have failed to score in two of those matches.

Key Stats, Markets and Odds for Chelsea vs Fulham

Chelsea can't afford to drop points this weekend as they currently sit 4pts behind 3rd-placed Leicester and just 3pts ahead of 5th-placed West Ham, as the battle for a top-four finish heats up. Luckily, Chelsea go up against their local rivals Fulham this weekend, a team they have secured 34 wins, 16 draws and just 3 defeats against in their last 53 head-to-heads. Chelsea have become a much stronger defensive unit under Tuchel but goals at the other end have been reduced as well, much like in the heyday of Jose Mourinho. However, Tuchel's men have become very economic with their goals and continue to progress in both the league, FA Cup and Champions League. Kovacic is the only injury concern for the hosts this weekend but he could be back in the squad for the visit of Fulham.

Fulham will be without the injured trio of Cairney, Rodak and Kongolo this weekend, but hope to welcome Tete back from self-isolation. The Cottagers find themselves 7pts adrift of safety with just 15pts left to play for this season, so time is running out for Scot Parker and his players. Results of late suggest that Fulham are highly unlikely to make it out of the bottom three this season as they have failed to win any of their last five Premier League games. Defeat to Chelsea won't relegate Fulham but a win could give them all the confidence they need to pull off a great escape. 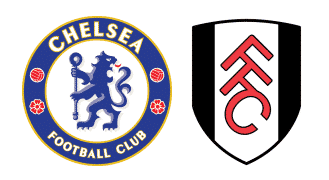