Peterborough and Charlton have been two of the better sides in League One this season. Who will come out on top when they meet on Saturday? Find out with our Charlton vs Peterborough match preview with free tips, predictions and odds mentioned along the way.

Although both these sides sit reasonably pretty in the table neither are on form that makes this game a banker. Charlton are unbeaten in 10 but dig into their home form and it's a very different picture having won just two of their last 10 at the Valley. Peterborough have won four of their previous 10 away games. Both will claim those stats as spinning a negative with Charlton having gone through a managerial change and Peterborough having won their past two on the road but this will be a close encounter and in the scheme of the bigger picture, neither boss would complain at a point.

We might be making the prediction that this match ends as a draw but that doesn’t mean it will be a dull encounter. In fact, we think it could be a really exciting watch. Charlton have scored in eight of their last 10 matches totalling 18 goals whilst Peterborough have scored even more, 21, across the same period; they've failed to score in just one of those games. Both sides have scored in three of their past five meetings too including their game in January.

A minimum of three goals?

The tips we've made so far suggest a close battle with both teams netting. Now we go one step further and back the game to feature above 2.5 goals. The reason for this links closely to the goal filled encounters we've just touched on in our last prediction. Over the past five Charlton games they've averaged 2.8 goals per match. For Peterborough they only average 2.2, however, that average shoots up to 3.4 if you focus on their away form. It all points to a good game.

Charlton vs Peterborough: All your pre-match detail

A happy point for both sides

Charlton vs Peterborough is a massive game in the race for promotion to the Championship at this late stage of the season. Posh are positioned well to take one of the automatic promotion spots whilst Charlton should see themselves into the playoffs given they're in sixth now having played fewer games than those below them. That said, if they lose they could slip down the table and that creates a dangerous mentality shift.

Charlton vs Peterborough: The key Q&A 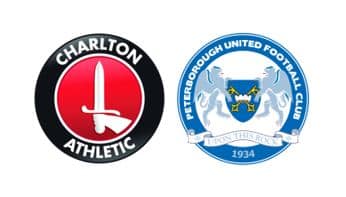