Lincoln have their eyes fixed on the playoffs whilst Charlton are desperate to join the party. A defeat for the Addicks here would end those hopes. Can they keep the dream alive? Find out with our Charlton vs Lincoln match preview with free tips, predictions and odds mentioned along the way.

Heading into this game Lincoln have a dilemma to answer. They know their playoff place is confirmed so do they ease off to avoid injury ahead of the important games or go full on to build momentum. In truth, it will probably be a half way house between the two and we suspect that will be enough to see them kill of Charlton's own hopes of a top six finish. They'll have nobody to blame but themselves either; they've managed to take just six point from the last 15 and have won once in five home games. Lincoln meanwhile have taken 10 from 12 in their last four away and beat Charlton earlier in the season.

Both these sides have averaged 2.4 goals per game over their last five matches at home (Charlton) and away (Lincoln) with two fixtures going over the threshold and three below. Here we're making the prediction things will tip the other way. Lincoln's lay away game ended 3-3 with Charlton drawing 2-2 last time they turned out at the Valley. Then there is the specifics of this contest; Lincoln won't be putting bodies on the line like they might ordinarily whilst a draw is no good to Charlton. It could see them go slightly more open and that will likely lead to more chances. Given the teams are not far off a 2.5 average recently anyway, it should be enough.

Jorge Grant to find the net

It's no coincidence that Lincoln's worst run of form this happened to come when their 13 goal top scorer Jorge Grant was out injured. He's been eased back in over the last 10 or so days though and has bagged a goal in each of his last two games with four goals in his last five games. He's dangerous in the penalty area with 12 of his goals coming from inside the box. Charlton will need to be alive to him if they're to maximise their chances.

Lincoln have their spot in the playoffs nailed down with time to spare. Charlton, however, are into last chance saloon with this the first of two tough looking fixtures to complete the season. If Charlton are to make the cut, they'll realistically need to win both. It should at least make this an attack-minded game.

A quick FAQ for Charlton vs Lincoln 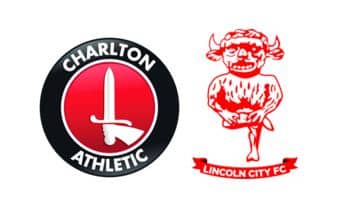