RB Leipzig travel the Celtic Park for a Champions League match in the midweek. This will be a preview of the match on October 11, 2022.

Celtic’s inconsistent set of results continued with the team becoming too-one winners over St Johnstone in the recent match. RB Leipzig are unbeaten in three games after the 1-1 draw with Mainz 05.

Christopher Nkunku has been leading the revival charge at RB Leipzig and he has been able to score in his last three appearances for the visitors. The 24-year-old has scored four goals in these three matches and this has been crucial for the visitors, who witness a string of games against Celtic witnessing a lot of goals.

RB Leipzig have certainly been able to rediscover the scoring touch and the team has managed over 2.5 goals in two out of the last three matches. Celtic are not the strongest team when it comes to defending their own goal and that should be goals at both ends of the pitch.

Best Champions League Stats ahead of Celtic vs RB Leipzig

Celtic did not take long to bounce back from the recent loss against RB Leipzig. The victory over St Johnstone coupled with home advantage gives Celtic enough reason to believe that they can still bounce back from a disappointing start to the group. The club are at the bottom of the standings with only one point from the first three matches.

RB Leipzig still have an opportunity to qualify to the next round of the Champions League with the team only one point behind Shakhtar Donetsk. The top spot may be out of question for the German team who are slowly showing signs of coming back to their best. The form of players like Timo Werner and Nkunku are very encouraging for the team after a very disappointing run so far.

Celtic: Carl Starfelt and Callum McGregor are the players who are missing for the hosts because of injury problems. There are no suspension issues for the Scottish outfit.

RB Leipzig: Konrad Laimer, Lukas Klostermann, Dani Olmo, and Péter Gulácsi form the lengthy injury list for the team. Janis Blaswich is expected to continue between the goal as a result of the injury to the first choice goalkeeper, Gulácsi.

Questions about Celtic vs RB Leipzig 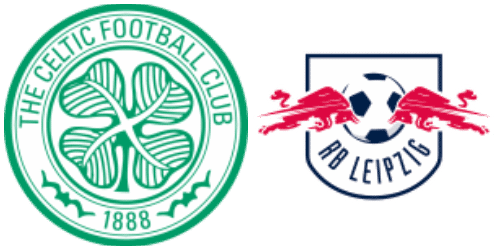 Where is the match scheduled? Celtic Park

Which team is the favourite to win? RB Leipzig