Cagliari have plenty of motivation for the points this weekend but the hosts have lost their last five games in Serie A. Sassuolo head into the game as the favourites to win but have only picked up a point from their last two away trips and we're expecting a close and competitive 90-minutes on Saturday.

Under 2.5 goals have been produced in four of the last five meetings between Caliari and Sassuolo in all competitions, and we're predicting another tight and tense 90-minutes between the pair this weekend. Two of Cagliari's last four outings in Serie A have produced under 2.5 goals while both teams have scored in each of Sassuolo's last six fixtures, making a 1-1 draw the most likely end result.

The latest stats ahead of Cagliari vs Sassuolo

Cagliari could move further away from the relegation zone this weekend

Cagliari gave a good account of themselves last time out at home to Juventus, taking the lead through Pedro in the 10th-minute, but Juventus's clash shone through in the end with de Ligt equalising before the break and Vlahovic making it 2-1 to the Italy giants with 15-minutes left on the clock. Cagliari remain one place above the relegation zone heading into this weekend's clash with Sassuolo and will be hoping to take maximum points.

Sassuolo used Atalanta's busy schedule against them to claim a big win against the Champions League chasers. A brace from Traore thrust Sassuolo into a 2-goal lead and although Muriel pulled a goal back for the visitors in stoppage-time, there wasn't enough time left in the game for Atalanta to equalise. Sassuolo now sit one place below Atalanta in the Serie A table but there is still a 5pt gap between the pair.

Sassuolo: Matheus Henrique is the main injury concern for the visitors. 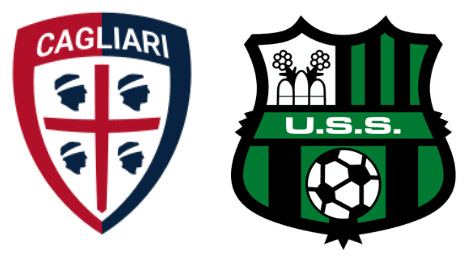