Victory for Napoli this Monday could send the visitors to the top of the Serie A table. However, Cagliari have the home advantage and are battling for their top-flight survival, so won't go down without a fight.

Napoli have picked up five wins from their last seven games against Cagliari in Serie A, and we're backing the visitors to win once again on Monday. Cagliari have lost two of their last five matches in all competitions, picking up a solitary win during that period, while Napoli have won four of their last six outings in league and cup.

Five of the last seven encounters between these two clubs have witnessed fewer than three goals scored and we're predicting another tight and tense 90-minutes on Monday. Four of Cagliari's and four of Napoli's last six matches in all competitions have produced under 2.5 goals, so you can see just why we're backing another low-scoring game on Monday

Cagliari made the trip to Empoli last time out, going behind in the 38th-minute to a goal from Pinamonti. The game looked to be leaving Cagliari behind until 6-minutes from time when Pavoletti equalised and the scoreline ended 1-1. Cagliari sit fourth from bottom as things stand but anything other than a win on Monday could see the hosts languishing in the relegation zone for the next week. When Cagliari took on Napoli in September they ended up going down 2-0 and will need to put in a much better performance to take anything from Monday's clash.

Napoli had the home advantage against Inter Milan last time out and went ahead in the 7th-minute through an Insigne penalty. The hosts held that lead into the break but early in the second half were pegged back when Dzeko netted from close range. Both teams had chances to win the game but in the end, the scoreline finished 1-1. Napoli currently sit third in the Serie A table but if AC Milan and Inter Milan drop points this weekend, they could go back to the top of the pile with a win over Cagliari.

Napoli: Lobotka, Politano and Lozano could all miss out on Sunday through injury.

Your Questions for Cagliari vs Napoli 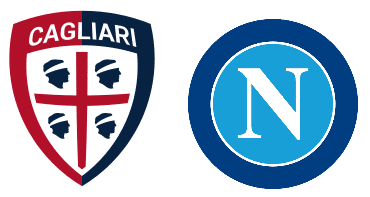