The Top Two Tips for Cagliari vs Lazio

Cagliari are in the midst of a relegation battle in Serie A, while this weekend's guests, Lazio, are challenging for the European places. The visitors have a great recent record against Cagliari and head into the game as the bookmaker's favourites to secure all 3pts.

Lazio have won six of their last seven games against Cagliari and we're backing the away side to end the weekend victorious once again. Cagliari are in the midst of an unbeaten run though, so we are still expecting the game to be closely fought. Lazio have played a lot of tricky games of late and aren't the form favourites ahead of their trip to Cagliari but we're still backing Immobile and co to get a result.

Both teams have scored in five of the last seven league meetings between Cagliari and Lazio, including the 2-2 draw the pair played out in Rome back in September. Both teams have found the back of the net in each of Cagliari's last five fixtures, all in Serie A, while Lazio's last four games n all competitions have produced goals at both ends of the pitch.

Cagliari could move out of the relegation zone this weekend

Last time out, Cagliari made the trip to Turin to face Torino and managed to come away with a vital 3pts. Bellanova handed Cagliari the lead in the 21st-minute after good work from Grassi and the visitors lead 1-0 at the break. Belotti, a Torino hero, equalised in the 54th-minute and many expected the hosts to go on and win the game. However, Cagliari responded well and went back in front through Deiola in the 62nd-minute with what turned out to be the winning goal.

Lazio had the home advantage against high-flying Napoli in their last league game but still ended up losing the game. Insigne put Napoli in front just after the hour mark, following a goalless first half. Pedro looked to have rescued Lazio a point with his 88th-minute equaliser only for Ruiz to score a rare goal deep into stoppage time to win the game for the visitors.

Cagliari: Ceter, Strootman, Walukiewicz and Rog could miss out due to injury.

Lazio: Manuel Lazzari has been ruled out of the trip to Cagliari with a hamstring injury. 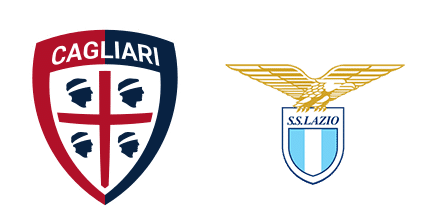