Genoa could move above Venezia and to within 3pts of Cagliari if they claim all 3pts on Sunday. Cagliari currently sit one place above the drop zone in the Serie A table and will feel like this game is more of a must not lose rather than a must-win scenario.

We're expecting this game to be tight and tense due to what is at stake for both clubs this season, their Serie A status. Under 2.5 goals have been scored in five of the duo's last seven encounters in the top-flight of Italian football. Fewer than three goals have been produced in five of Genoa's last six outings while three of Cagliari's last five fixtures have also seen under 2.5 goals scored, adding further weight to our prediction.

We're not backing both teams to score in this game as the match is likely to be settled by the odd goal either way with the first goal of the game likely to prove crucial. Both teams have scored in just two of the last five meetings between these two sides in Serie A, while just one of Genoa's and two of Cagliari's last six league games have produced goals at both ends of the pitch.

Everything you need to know ahead of Genoa vs Cagliari

Who will win this relegation 6-pointer?

Genoa were never expected to come away from the San Siro with anything, and that is just what they got when they took on the league leaders AC Milan. A goal in each half from Leao and then Messias set the home side up for a 2-0 win over Genoa. Genoa defended manfully but never offered enough in the final third to deserve anything from the game.

Cagliari would have been expecting a tough game at home to Sassuolo last time out where one goal proved enough to secure the 3pts. After good work from Marin, Deiola put Cagliari in front just before the break and with Sassuolo failing to offer enough in the second forty-five, the hosts claimed a vital victory.

Genoa: Rovella, Cambiaso and Vanheusden could miss out this weekend due to injury.

Cagliari: Grassi, Obert, Nández and Strootman are the main injury concerns for the visitors.

Genoa vs Cagliari – Your Questions 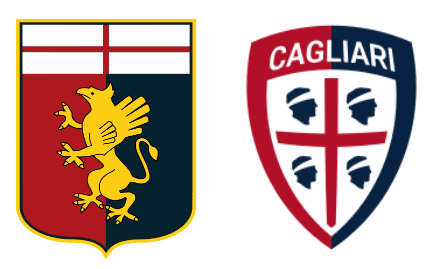